According to the Mirror, Manchester United are set to step up their efforts to sign defensive target Milan Skriniar from Inter Milan this summer.

This comes after the Serie A outfit confirmed that the centre-back can leave in the next transfer window, the Red Devils will have to battle with European powerhouses Real Madrid for the star’s signature.

The Mirror claim that Inter value the ace at £52.5m, however no interested party has shown a ‘willingness’ to pay over £40m plus add-ons for the Slovakian star.

Skriniar only signed a new four-year contract with Inter last summer, but it seems as though Antonio Conte’s side are now prepared to cash in on the talent. 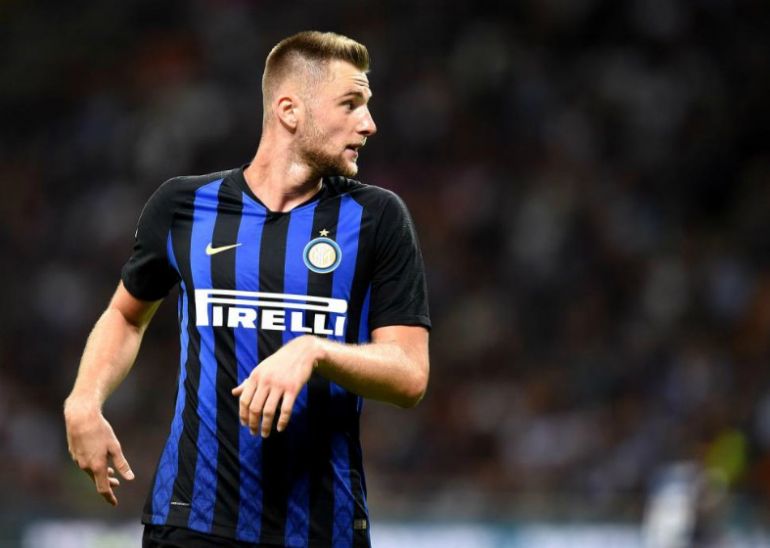 Skriniar, at 25 years old, has shown he’s got potential to become one of the best defenders in the world.

The Mirror hint that the Red Devils’ chances of securing Skriniar could rest on them qualifying for Champions League football next season.

Eric Bailly has shown that he can perform at the top level, but the Ivorian’s struggles with injuries leave him as an unreliable option for the Red Devils.

It’s fair to say that England international Phil Jones has perhaps past the peak of his career, United could also call on promising academy graduate Axel Tuanzebe – it’s surprising to see that the ace hasn’t been given more of a chance in the first-team.

Skriniar has made 135 appearances in Serie A during his career, as well as 12 outings in the Champions League.

The Slovakian star could be a fine option for the Red Devils as he resembles a good mix of top level experience, as well as potential to become one of the best defenders in the world.