According to Football Espana via Spanish publication Sport, Juventus are now leading the race to sign Barcelona centre-back Jean-Clair Todibo.

Sport claim that the Blaugrana are woking on moving the 20-year-old on to Juventus, despite having a higher offer of €22m plus €3m in add-ons for the defender from Premier League side Everton.

The Catalan appear to have taken this stance on the Frenchman due to the fact that they are currently in negotiations with the ‘Old Lady’ regarding a player-plus-cash transfer.

Sport report that Quique Setien’s side would allow Todibo to join Juventus for €20m – €5m less than what Everton are offering for the France youth international, who is currently on loan at Schalke.

It’s added that Barcelona have decided to sell the centre-back in the next transfer window, with a return to Catalonia off the table for the ace. 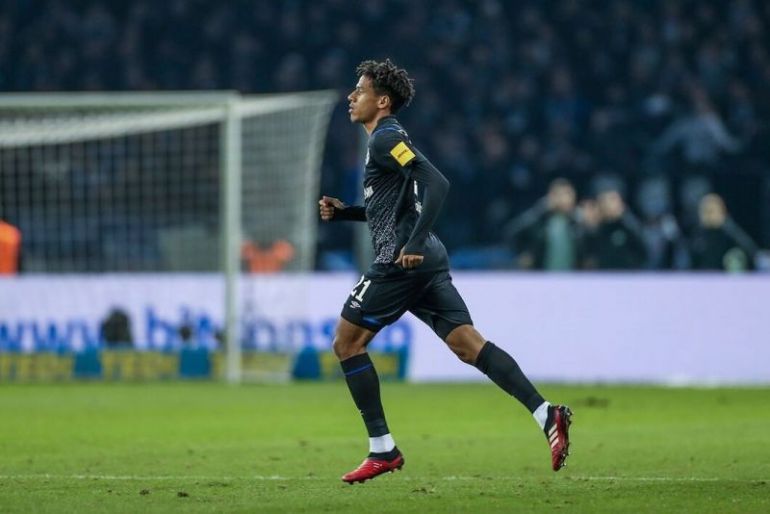 Sport also claim that Todibo would favour a move to Juventus, due to the fact that they challenge for major honours consistently.

The report states that the youngster would have a real chance of earning rave reviews in Serie A due to his impressive physical attributes.

Should this deal go through, Barcelona will have completed a masterstroke of sorts as they only signed Todibo for €1m last year, as per Sport.

The profit the side can make on the ace appears to be too good for the Blaugrana to turn down, this will be a massive boost to the side – with much being made of the state of their finances in the media since football was suspended due to the Coronavirus pandemic.

Todibo has only made 4 appearances for Barcelona, he’s seen little first-team action with the side, which is why he was ultimately loaned out in January, this deal would make plenty of sense.

From Juventus’ perspective, a move for a promising defender isn’t surprising as they will need to find options to move the team forward with stalwarts Giorgio Chiellini and Leonardo Bonucci approaching the final few years of their illustrious careers.

Barcelona star set to complete move after summer holiday as Laporta continues to sweep clean at the Camp Nou May 21, 2021 11:11
Nice