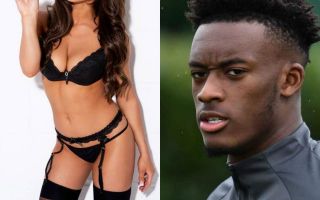 Chelsea ace Callum Hudson-Odoi was reportedly arrested on Sunday after breaching lockdown and following an incident with a glamour model.

According to the Sun, the England international hooked up with a lady on social media, inviting her to his home and telling her to arrive wearing lingerie.

The report goes on to state that police and ambulance were then called to his home at around 4am, though not much more detail than that has been given at this time.

Chelsea fans will certainly be concerned by this report, with Hudson-Odoi clearly not adhering to lockdown rules amid the coronavirus pandemic.

The 19-year-old has already had the illness, and though it is widely expected that this would provide people with some degree of immunity, this has not yet been confirmed.

Callum Hudson-Odoi in action for Chelsea

Hudson-Odoi has long looked a promising talent and Chelsea fans will hope this episode doesn’t turn out to be anything too serious that gets in the way of his promising career.

The Sun add that the model was taken to hospital after feeling unwell, with the report also quoting police as saying a man has been kept in custody.