According to the Express via Italian outlet La Gazzetta dello Sport, Manchester United are set to reignite their interest in Napoli stalwart Kalidou Koulibaly after learning that rivals Liverpool are eyeing the star.

Fortunately for the Red Devils, it’s reported that the Senegalese star could be available for considerably less in the next transfer window at £62m due to the financial impact of the Coronavirus pandemic and Koulibaly’s slightly less commanding performances this season.

The Express report that United’s heated rivals Liverpool are targeting Sadio Mane’s international teammate as they look to upgrade in central defence. 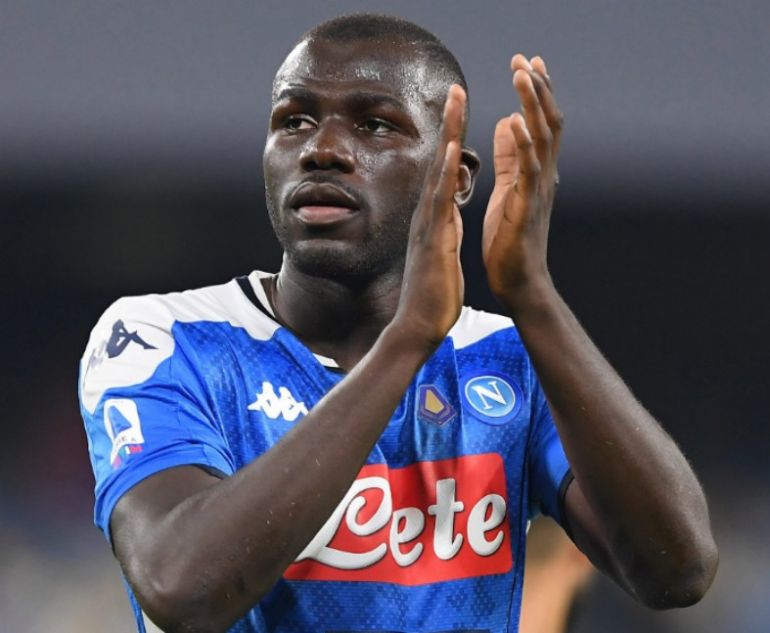 Ole Gunnar Solskjaer should be eyeing a solid option to partner Maguire with due to the doubts surrounding Victor Lindelof and Eric Bailly.

The Swede’s performances for United haven’t been consistent enough and whilst Bailly has performed well – injury troubles have kept the Ivorian off the pitch so he can’t be seen as a reliable option.

The Express add that England internationals Chris Smalling and Phil Jones are expected to be sold this summer, both have experienced lesser roles with the first-team in recent years.

Perhaps a summer shakeup in defence, with Marcos Rojo also set to leave, this could be the perfect opportunity for promising youngster Axel Tuanzebe to make a name for himself at senior level.

Injury troubles have limited Koulibaly to 21 appearances across all competitions this season, but one below-par campaign (by his high standards) shouldn’t write off a man that has been one of the best defenders in the world over the last couple of years.