Former Spurs boss Mauricio Pochettino is now free to sign for another club after his gardening leave, following his sacking in November, came to an end today, according to the Sun.

The Sun report that Pochettino was paid a massive £12.5m in compensation when he was given his marching orders by Spurs.

MORE: Tottenham have identified their replacement for Jan Vertonghen

The terms of the Argentine’s dismissal also prevented him from managing another club for six months, this period has now come to and end – meaning interest parties won’t have to pay any compensation to Spurs in order to appoint Pochettino.

The Sun add that Real Madrid are long-term admirers of the 48-year-old, however Newcastle are frontrunners to appoint Pochettino as they near a takeover by a Saudi Arabia-led consortium. 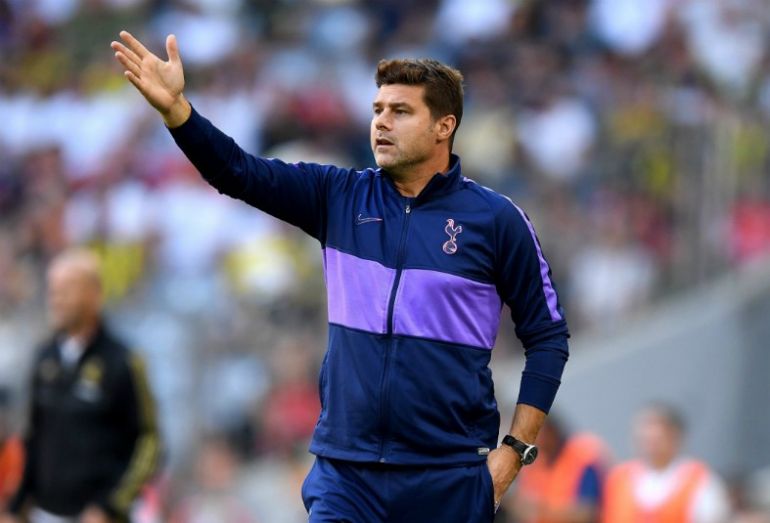 Which club would you like to see Pochettino managing in the future?

The report adds that the Magpies’ potential new owners have targeted Pochettino replace Steve Bruce as soon as they acquire the club, with the mega-rich Saudis to offer Poch a £19m-a-year contract.

As per the Sun, this would would be a £10.5m increase on what he was being paid at Spurs, he’s also tipped to have major funds to bolster the squad at his disposal.

It was quite shocking to see Spurs’ downfall just six months after they reached the Champions League final, Pochettino helped re-establish the side as a top four team and some would argue that he deserved more time to turn things around with the north London outfit.

Pochettino has shown a knack for developing youngsters into some of the world’s best players during his time at both Southampton and Spurs, he’d be a wonderful appoint for Newcastle.

It remains to be seen how well he’d do when backed with serious funds as the signings he made with Tottenham last summer haven’t exactly shone so far.