According to Spanish outlet COPE, Real Madrid aren’t interested in signing Borussia Dortmund talisman Erling Haaland at this moment in time, with the young forward available for around €70m from next year.

COPE report that Zinedine Zidane’s side are keen on maintaining their faith in Luka Jovic, with no strikers expected to be signed in the next transfer window.

Jovic has struggled since his marquee move last summer and his action has mostly been limited to cameos this season, the Serbian isn’t at the level to take Karim Benzema’s place in the side.

It’s added that Los Blancos are also confident that they have this position covered as they can call on Marco Asensio to play up front if needed. The Spaniard hasn’t played at all this season due to injury. 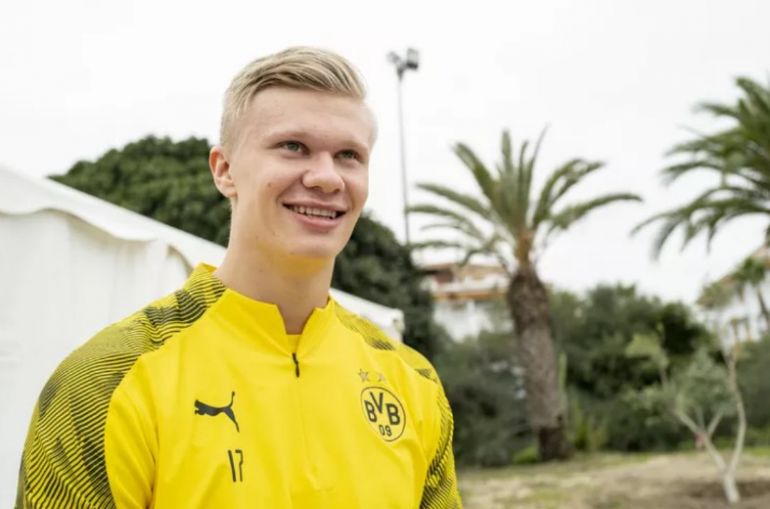 Haaland is quickly becoming one of the most exciting strikers to watch in Europe.

“This one could happen” – Arsenal given hugely promising transfer update

Haaland has been one of this season’s breakout superstars, after prolific performances with Red Bull Salzburg, the Norwegian starlet moved to Borussia Dortmund in the January transfer window.

The 19-year-old has scored 41 goals and provided 10 assists in just 34 appearances across all competitions this season.

With Benzema showing no signs of slowing down just yet and considering that a new striker would likely further hinder Luka Jovic’s chances of being successful, Madrid should be comfortable with their striker options until after the end of next season.