Frank Lampard has been dealt another blow after Callum Hudson-Odoi’s arrest, as it was revealed that the youngster will now miss some of Chelsea’s training sessions because of coronavirus fears.

Hudson-Odoi garnered a number of headlines in the morning papers after being accused of rape over the weekend, and the fact that he’s been in the company of another person means that he’s now a potential threat to his team-mates.

“If he has been in contact with the police, they are on the front line of the fight against coronavirus,” a source is quoted as saying by The Sun.

“Hopefully that means that the officers involved will then have taken full precautions against infection themselves.

“There’s probably a low risk he has picked it up but you can’t be too sure at this stage.”

The 19-year-old was the first Premier League player to test positive for the virus back in March, and reportedly only had minor symptoms.

Given it’s not yet known if one can catch a more severe case of coronavirus if they’ve previously tested positive, Chelsea are taking no chances, particularly as Premier League football appears to be on the way back, perhaps as early as June 12. 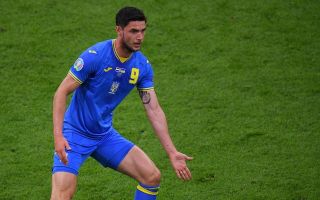 The Blues are in a reasonable league position at present and Lampard could arguably do with having all of his first-team playing staff to call upon once the teams in the English top-flight are given the go ahead.