Arsenal have reportedly stepped up their push to land Bayer Leverkusen star Moussa Diaby after making contact with his agent over a switch.

The 20-year-old only joined the Bundesliga outfit last summer from Paris Saint-Germain, but has wasted little time in making a positive impression having bagged five goals and eight assists in 27 appearances.

As seen in the video below, he looked in fine form on Monday night as Leverkusen returned to action as he set up Kai Havertz’s first goal, and it appears as though his form for the club has attracted attention from elsewhere.

According to The Mirror, via Le10Sport, Arsenal have made contact with his agent over a move, although they could face competition from Borussia Dortmund.

It’s added that Leverkusen are expected to demand over double what they paid for him, and so that sets his valuation at around €30m+, but it’s suggested that figure isn’t enough to put either interested party off and so they seemingly face a battle to keep hold of their talented ace this summer.

Given the financial impact of the coronavirus pandemic and as Arsenal continue to battle to secure a place in the Champions League next season, it surely remains to be seen if they are in a position to splash out on any new signings ahead of next season.

Mikel Arteta will undoubtedly hope to stamp his mark on the squad to ensure that they can build on the progress made under his stewardship thus far, and it appears as though adding Diaby could be one of his possible moves.

That said, with Nicolas Pepe, Pierre-Emerick Aubameyang and Alexandre Lacazette available in the final third already, it remains to be seen if an exit is secured first to not only make space in the squad but also to raise funds for their swoop, as Reiss Nelson, Eddie Nketiah and Gabriel Martinelli are all pushing for a starting berth too.

In turn, that arguably raises question marks over a possible swoop for Diaby, but the report above suggests that Arsenal could be serious about exploring the idea of snapping him up.

Kai Havertz picks up where he left off with a goal 27 minutes into Leverkusen's return to action!

Arsenal up against Real Madrid for potential transfer of France Under-21 international March 11, 2021 11:02
Arsenal FC 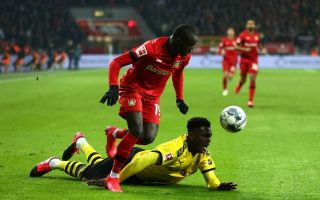 €50m won’t be enough for Man United or Chelsea to land star in January as German giants label him as untouchable November 8, 2020 14:51
Chelsea FC 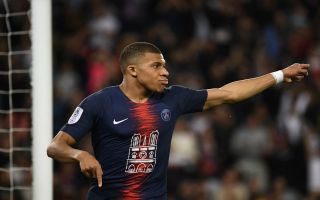