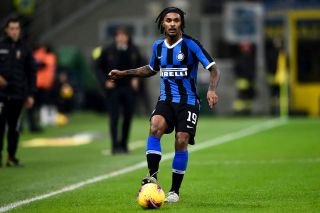 There’s still plenty of things that are up in the air about Newcastle United just now, with a projected takeover taking a long time to go through.

They’ve been linked with a lot of big names in recent weeks, but it’s hard to tell if the delay in the takeover is a sign that things are not going well.

It’s also understandable that no transfers will go through until it’s all sorted, and that seems to be the case with Valentino Lazaro.

According to a report from The Chronicle, the on loan Inter Milan man is still waiting to hear if his future lies with Newcastle next season.

They suggest that it’s expected he would sign for a fee of around £21m, but it doesn’t sound close to happening just now.

They confirm that the player is still waiting to hear back from Newcastle Managing Director Lee Charnley to see what they want to do, while they also suggest there is not an option to buy included in the loan agreement.

On top of that they quote his agent in saying nothing has been done yet, so it’s worth keeping an eye on this story over the next few weeks.