Real Madrid are increasingly keen on replacing Los Blancos left-back Marcelo with Bayern Munich’s Alphonso Davies this summer, according to a report in Don Balon.

The Don Balon report states that the veteran Real Madrid left-back, who has been a staple name in Real’s starting eleven at left-back for the past decade, could now be on his way out.

According to Don Balon, all parties including the club, the player and his representatives have agreed that it is now time for the Brazilian to move on.

Real president Florentino Perez will now have to sign a new left-back with Ferland Mendy being the only option for Los Blancos boss Zinedine Zidane.

Despite being defensively adept, Mendy lacks the attacking flair wanted by Real Madrid as they look for a left-back who can join up and help in attacks.

According to Don Balon, the player Real Madrid are targeting is touted to be Bayern Munich left-back Alphonso Davies who burst on to the European football scene after joining the German champions from the MLS.

The 19-year-old is well known for his blistering pace which has appealed to Real and the Spanish giants are vying to prise the left-back away from Bayern.

However, it seems highly likely that Bayern won’t want to sell Davies any time soon, despite Real’s interest. 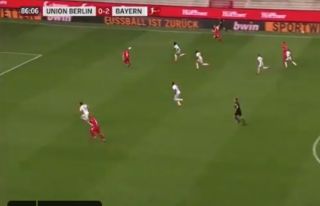