According to Goal, Argentina boss Lionel Scaloni has admitted that Barcelona will find it ‘very difficult’ to sign prime target Lautaro Martinez from Inter Milan in the next transfer window.

Goal add that the Blaugrana have identified the Inter talisman as their ideal striker target this summer as they look to find a long-term successor to Luis Suarez.

It’s added that Lautaro’s release clause stands at a massive €111m, however Barcelona are trying to lower the transfer fee they will pay for the star by offering Inter a part-exchange deal which could see Ivan Rakitic, Arturo Vidal and Samuel Umtiti head to the San Siro.

Scaloni added that Lautaro playing with Messi at club level would obviously be ‘better’ for the Argentina national team. 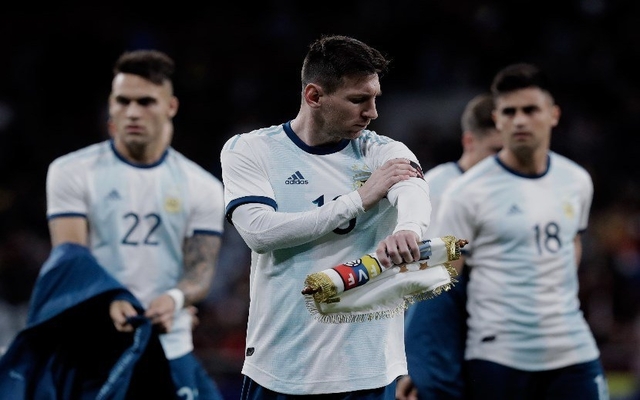 Here’s what Scaloni had to say on Lautaro potentially joining Barcelona:

“Lautaro today is the fashionable striker, the one who every big team wants, he is already with a big team, which competes equally with other teams and it will be very difficult to get him out of there.”

“If Lautaro is lucky enough to go and play with a team-mate like Messi at Barcelona, for us (Argentina), the more they play together the better.”

“Lautaro is a young player with an incredible future. He is strong and has a great desire to succeed. I don’t want to interfere, but if he does change clubs I hope he does well.”

Lautaro, who is just 22 years old, has proven that he’s one of the world’s most exciting attacking talents with some fine displays for Antonio Conte’s side.

The star has scored 16 goals and provided four assists for Inter this season, the sky really seems like the limit for the striker so it’s not surprising to see Barcelona heavily interested in his services.

With 33-year-old Suarez approaching the final years of his illustrious career, we expect Barcelona to add another striker to their ranks in the near future and Lautaro is clearly seen as the ideal option.