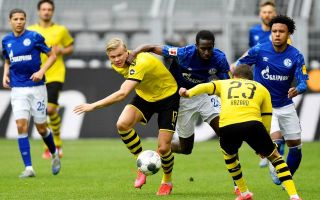 Having a good scouting system in place seems like a no brainer for every club, but over the years it has felt like some sides don’t take it as seriously.

With Real Madrid it’s rare to see them unearth any gems, they simply wait for other teams to do the work and create a star, before throwing as much money as they can to take them to The Bernabeu.

That might need to change in the next few years if finances are squeezed, and someone like Erling Haaland is a perfect example.

READ MORE: Liverpool could be prepared to clear star for Real Madrid transfer for £89m fee

Marca have reported on the latest with his future in a piece that also featured an interview with Bundesliga CEO Christian Seifert.

Haaland has been spoken about all season thanks to his goal scoring exploits with RB Salzburg, but they point out that Real Madrid allowed him to go to Dortmund and it will now cost a lot more to sign him in the future.

It sounds like Seifert is also pleased that the Norwegian star is playing in his league, but he also made this comment when talking about a potential move for the Dortmund man:

“Any great player leaving is a loss. But I’ll ask you: if he’s so good then why is he at Dortmund?”

It’s a strange thing to say, it’s almost like he’s saying he can’t be that good because he’s with Dortmund rather than Real Madrid just now, but that also puts down one of the best teams in his league.

There is a sense of inevitability about Haaland moving to Real Madrid, but they might need to up their scouting game to prevent a similar situation happening in the future.