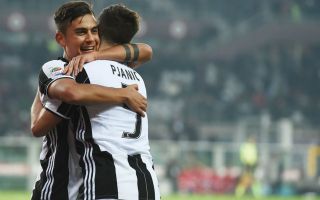 Chelsea have reportedly been dealt a transfer blow amid recent reports linking them with a swap deal with Juventus involving Miralem Pjanic and Jorginho.

After joining the Bianconeri in 2016, the 30-year-old has been a pivotal part of their recent success having made 167 appearances for the club and has consistently delivered in the heart of their midfield.

He’s registered 22 goals and 36 assists in those outings, while his passing range, vision, creativity and technical quality have all helped set him apart from the competition.

However, as reported by the Guardian earlier this month, he had been linked with a possible swap deal which would have seen him move to Chelsea with Jorginho heading in the opposite direction to be reunited with Maurizio Sarri in Turin.

That potential plan has been dealt a major blow though it seems as Mundo Deportivo now report that Pjanic has told both Paris Saint-Germain and Chelsea that his intention is to only leave the reigning Serie A champions to go to Barcelona.

In turn, that would scupper any hopes of a swap deal involving Jorginho for the Italian giants, while it hands Barca a major boost if they do indeed wish to prise him away to the Camp Nou this summer.

Given Jorginho’s improvement and more decisive impact this season under Frank Lampard, coupled with the emergence of youngster Billy Gilmour, it’s questionable as to whether Chelsea would be better off making any changes in that department this summer rather than just sticking with what they have.

With that in mind, perhaps some will feel as though they shouldn’t swap the Italian international for Pjanic anyway, who is also two years older than his fellow midfielder, and so it now remains to be seen if he gets his touted wish and moves to Spain ahead of next season.