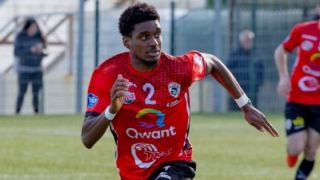 AS Furiani have confirmed the sad news that Jordan Diakiese has passed away aged just 24 after releasing a statement on their social media channels.

Diakiese came through the youth academy at PSG, but after failing to make a breakthrough for the senior side he moved on and had spells with Chaux-de-Fonds and NK Rudes.

Meanwhile, he also represented France at U20 and U21 level.

However, the sad news of his passing has now been confirmed by AS Furiani as seen in the tweet below, as they released a statement and paid their respects.

“Our club is in mourning today. It’s with deep and immense sadness that we’ve learnt of the death of our player Jordan D, 24, yesterday afternoon in Paris,” the statement reads.

“After arriving last July, this amazing kid was a winner both on the pitch and beyond. Always smiling, discreet, hard-working, he settled in very quickly.

“The whole Furianinca family is reeling from the news. The staff, Jordan’s team mates, as well as all the directors and volunteers have been hit hard.

“Our thoughts are, first and foremost with his family, friends and loved-ones. Rest in peace, Jordan. You’ll always be a Furianincu lion.”

There has been no official confirmation over what the cause of death was at this time, and so it remains to be seen if that will be shared in the coming days as it’s unclear if it was perhaps related to the coronavirus pandemic which has hit France hard over the last two months.

Meanwhile, as seen in their tweet below, PSG also paid tribute to their former youth star…