Premier League clubs are back in training ready for match action to return over the course of the next few weeks, however, Peter Crouch isn’t sure if a such a swift return is the right thing to do.

N’Golo Kante is training at home whilst Watford’s Troy Deeney is refusing to train alongside his team-mates.

Both players appear to have the blessing of their respective clubs, but it does beg the question as to why a return is being considered when there is still obvious risk attached.

“I’ll be honest, Gary, and say yes,” Crouch responded to Twitter user, Gary McNaughton, and cited in his ‘Ask Crouchie’ column in the Daily Mail, when asked if he would have concerns over going back on the pitch at this point.

“I see Troy Deeney has been spoken about a lot this week, for not returning to training, but I put myself in his position and think what would I do? It isn’t the fact Troy is worried about himself, it’s the impact it could have on his baby son, who has breathing issues.

“Would Troy forgive himself if he caught anything and passed it on? No. We all want football to come back, we all want to watch it for the joy it brings us and the debate it creates, but we only want it back when it is safe.”

Clearly, the situation is unprecedented and is still evolving, and to that end, advice may well change over the coming days and weeks, should there be any positive tests for Covid-19 for example, or more players stick their heads above the parapet to express an opposition. 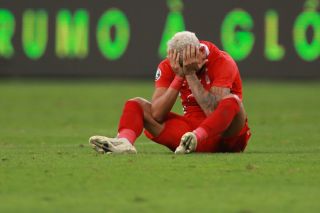 Fortunately for all concerned, everything appears to be being managed correctly at this stage, and one can only hope that this situation continues for the foreseeable future and that the rest of the 2019/20 games to be played are completed without incident.