According to Goal’s Neil Jones, Bundesliga side Hertha Berlin are interested in signing out of favour Liverpool ace Loris Karius ahead of next season.

Karius took to social media earlier this month to reveal that he’d terminated his two-year loan spell with Besiktas early due to problems with the club.

Goal add that the Turkish giants were in a dispute with the goalkeeper regarded unpaid wages, the German even brought the situation to world football governing body FIFA in search for a solution.

It’s reported that the 26-year-old is contracted with the Reds until 2022 and that Hertha Berlin are amongst several clubs that have enquired about securing the stopper’s services.

Karius has been an outcast with the Reds since his mistakes cost Liverpool in the 2018 Champions League final against Real Madrid. 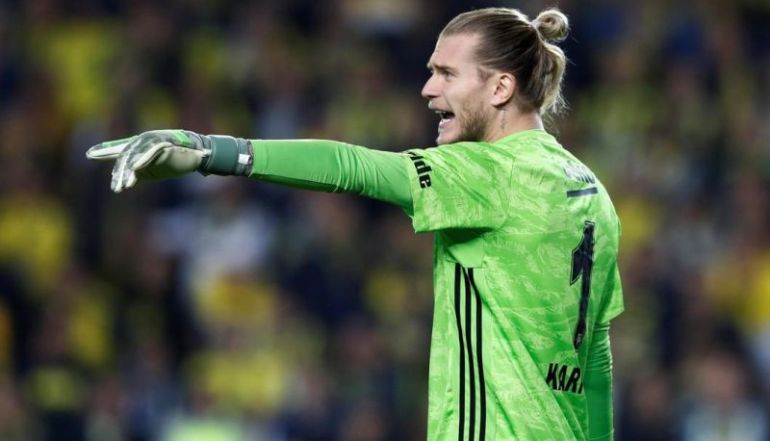 Karius in action for Besiktas.

Goal add that Jurgen Klopp’s side are on good terms with Hertha Berlin as midfielder Marko Grujic has been on loan with the German outfit over the past two seasons.

Karius made 67 appearances for Besiktas, keeping 14 clean sheets. The ace has experienced similar form to what he displayed at Liverpool – for better and for worse.

For the most part, Karius is comfortably a player with the shot-stopping skills to play in any of Europe’s top five leagues, however the ace has proven to be too error-prone for top clubs like the Reds and Besiktas to rely on.

Karius made a name for himself in Mainz before he joined Liverpool, perhaps a move back to his homeland is exactly what he need at this stage in his career.

With the ace just 26 years old, he can’t be written off as an option for most clubs just yet – but he’s proven to be too risky an option for sides that regularly contest for major honours.