Juventus and Real Madrid have reportedly both set their sights on Lyon star Houssem Aouar, but will have to dig deep into their pockets to sign him.

The 21-year-old has made quite the impression with the Ligue 1 outfit this season, scoring nine goals and providing seven assists in 37 appearances.

Further, with four goals in 16 caps for France U21s, it appears as though he has a bright future ahead of him as he also boasts versatility to play across midfield while his technical quality and composure in possession have seen him stand out for Lyon.

Unsurprisingly, speculation over his future is emerging, as Calciomercato report via fichajes.net, that both Juventus and Real Madrid are gearing up for a possible transfer scrap for his signature.

However, a key factor could be his touted price-tag as it’s suggested that he’s valued at €50m, and so that’s a hefty figure for a player who albeit is highly talented and has great potential, has not yet proven himself at the top level on a consistent basis.

That in turn would arguably make him a bit of a gamble at this stage, and so whether or not he warrants a €50m fee, or perhaps one that can be whittled down slightly after negotiations, will be a decision that both Juve and Real Madrid seemingly have to make this summer if they wish to prise him away.

One of the key issues for both European giants is the need to get younger in midfield. Blaise Matuidi, Sami Khedira and Miralem Pjanic are all on the wrong side of 30 in Turin, while Luka Modric, Toni Kroos and Casemiro have already had long spells at the Bernabeu with little competition to afford them rest along the way.

With that in mind, Aouar could arguably be a sensible addition for either with a long-term plan in mind, but time will tell if either Juventus or Real Madrid can make a suitable offer to reach an agreement with Lyon ahead of next season. 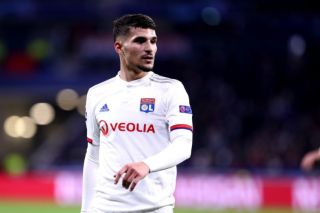