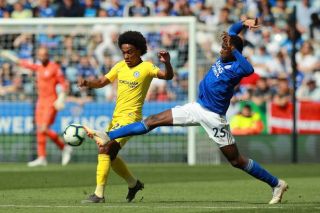 Arsenal look to have been given a boost in their rumoured pursuit of the transfer of Chelsea winger Willian this summer.

The Brazil international is nearing the end of his contract with the Blues and could be one of the most tempting free agents on the market ahead of next season.

Arsenal have been linked with Willian in recent times by the Sun and others, and it seems the 31-year-old is strongly hinting that he won’t be able to stay at Chelsea.

Discussing his contract situation, Willian made it clear that his current club have not been able to offer him what he wants, so it is “difficult” to see how it would be possible for him to remain in west London.

Speaking to Esporte Interativo, as translated by the Metro, Willian said: “It’s a difficult situation because Chelsea offered me two years and they are not going to change what they offered. I said I wanted three more years.

“The situation is difficult because of this. I really don’t know if it will be possible [to stay].”

Arsenal fans will no doubt be hoping they can win the race for Willian’s signature as he could be an ideal low-cost signing in these difficult economic times.

AFC are already some way behind their big six rivals in terms of spending power, so could really feel the pinch amid the coronavirus pandemic.

If they can land a proven, experienced performer like Willian to their ranks, it could give them a very useful extra option in attack next season, particularly as last year’s big signing Nicolas Pepe has not made much of an impact in that position yet.