When it comes to picking the best footballer of the last decade, or perhaps even the last fifteen years, most fans would surely agree there are only two realistic choices.

Lionel Messi and Cristiano Ronaldo have both set new standards of excellence at the highest level of the game, changing the way we view football and providing us with countless memories of sublime goals, skills and big moments.

After those two, it gets a little trickier deciding on the others who really stand out as the greats of their generation. Luka Modric ended the pair’s Ballon d’Or dominance with a surprise win in 2018, but the circumstances of that win feel oddly specific, and not perhaps reflective of his greatness over the years, even if the Croatian maestro has certainly always been a fine player.

It’s always harder to compare players across positions as well, so we put it to our CaughtOffside writers to name their best forward of the last decade without Messi and Ronaldo as options. Read on to see the interesting mix of responses…

It’s become a bit fashionable to hate on Neymar, almost because he’s not gone on to reach the level of Messi and Ronaldo. But in terms of being the best of the rest, the Brazilian superstar is surely up there.

At the age of 28, Neymar has 391 career goals to his name for club and country, has a treble win under his belt, as many World Cup goals and more international honours than Lionel Messi, and a highlights reel of skills and tricks that would make Ronaldo envious.

It would be nice to see Neymar back in a more competitive league as life at PSG is probably a little too easy for him, but he showed at Barcelona that he can be a star at the highest level. Despite supposedly being in the ‘shadow’ of Messi at the Nou Camp, he has fared a lot better than many other players with that particular challenge, forming part of ‘MSN’ – one of the most electrifying front threes in history.

There’s still time for Neymar to truly cement his place in football history, but by judging him alongside the impossible greatness of Messi and Ronaldo, we’re arguably already risking failing to appreciate a generational talent for what he is, rather than what some of us felt he was supposed to be.

298 goals dating back to the 2010/11 campaign, five league titles, a Europa League triumph and countless domestic trophies along with successful stints across four different countries and with a whole host of individual accolades to add to the collection, it has to be Zlatan Ibrahimovic.

Admittedly, the Swede hasn’t done it at as high a level as the other contenders and while his personality will split opinion, there is little doubt over his continued quality even now at the age of 38.

While he may not get universal admiration, fans of the clubs he has played for all value his contribution immensely and there’s a big reason for that as he’s a winner and has consistently delivered over the last decade.

Taking Messi and Ronaldo out of the equation as best striker, arguably only leaves one reasonable choice; Luis Suarez.

El Pistolero has played the fullest part in Barcelona’s successes in the latter part of the decade, and was, with the possible exception of Steven Gerrard, Liverpool’s main man in the first half of the last 10 years.

To concentrate solely on the biting incidents is, in many respects, to do him a disservice. By the same token, we would then have to measure every other player by their indiscretions.

He’s scored every type of goal, and has done so consistently throughout the decade. Not to mention his assists and general centre-forward play, which has been second to none. As a foil for Leo Messi, there’s been none finer either.

With the exception of Messi and Ronaldo, the best striker of the last decade has to be Sergio Aguero.

Aguero has scored the most goals of any player in the Premier League over the last decade (174) – and he tops that table by some margin.

Right now, Aguero is just eight goals away from becoming the top-flight’s third highest scorer of all time.

The Argentina international has led the line for a City side that have now established themselves as one of England’s best teams.

Aguero’s dramatic late strike in 2011/12 sealed City’s first top-flight title in over 40 years and this is the perfect example of the kind of clutch performer he is. 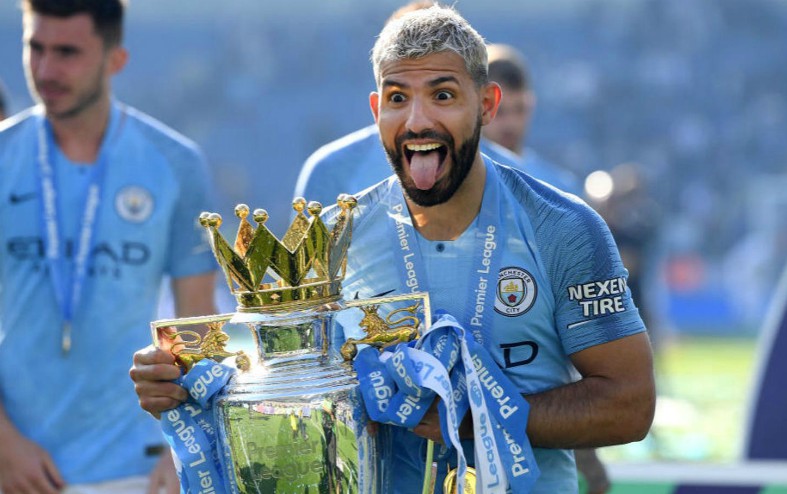 The clinical forward’s best attribute is undoubtedly his instinct and movement.

With four Premier League titles under his belt, I think Aguero deserves this prestigious honour.

The stand out striker of the past decade bar Messi and Ronaldo is definitely Robert Lewandowski.

There’s a lethal goalscorer and then there’s Lewandowski, the finest raw goalscorer in European football since the thoroughbreds Raul, Ruud van Nistelrooy and Diego Forlan.

The towering Polish striker has hit the back of the net with deadly consistency over the past decade and is the only player to come closest to Messi and Ronaldo’s goalscoring stats since 2010.

That stunning four-goal haul in the semi-final against Real Madrid for Dortmund stands out. Seriously, who scores four goals in one game against the behemoths Real Madrid in a Champions League semi-final? His performance that season made the world stand up and take notice and earned him his big move to Bayern.

As a centre forward, Lewandowski has it all: pace, power, link-up play, skill, technique and an unrivalled, cold-blooded goalscoring instinct.

Starting out as a raw cut, Lewandowski is now a Polish(ed) diamond and is on course to hit the 40 goal mark for the fifth season running and there have been few strikers who have matched up to the Polish goal machine over the past decade.

Lionel Messi and Cristiano Ronaldo will go down as two of the best forwards of all time, but Zlatan Ibrahimovic will also go down in history – and not just because of his antics off the pitch.

Yes he’s arrogant, has a tendency to kick teammates in the head and might not be the easiest person to work with, but he had the talent to back it up.

Leading the line for an elite team must be mentally exhausting, yet he’s done it with Barca, Inter, AC Milan, Juventus, Man United and PSG, where he became the focal point of every attack.

Andy Townsend would likely describe him as “having a good touch for a big man”, but there wasn’t a weak point in his game. 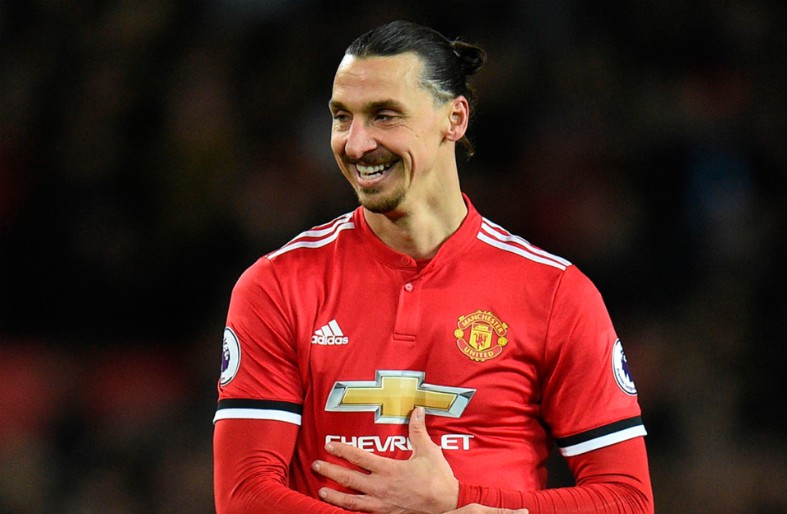 He was ice cool when through on the keeper, he could take on an entire defence before slotting it away and if all else failed, he could just thunder it home from miles out.

English audiences loved to tout him as overrated but he shut them up by single handedly dismantling them with all four goals in a 4-2 victory, before coming to the Premier League and showing he could perform over a season for Man United too.

He was the kind of striker every loved to hate but also wanted to have in their own side, and his place in history is secured after an outstanding career.