According to Mundo Deportivo, Ajax have set a price tag of €25m for full-back Nicolas Tagliafico, with the Spanish outlet adding that Chelsea, Barcelona and Atletico Madrid are eyeing the star.

Left-back appears to be one of the weaker areas that Frank Lampard needs to strengthen at Chelsea with stars Marcos Alonso and Emerson Palmieri both unconvincing this season.

As well as potentially battling European powerhouses Barcelona and Atletico for the Argentina international, the Blues will have to best London rivals Arsenal for the ace’s signature.

According to the Sun, Tagliafico admitted to Argentine radio station Continental that he has ‘bigger dreams’ with the report also citing interest from the Gunners in the Ajax star. 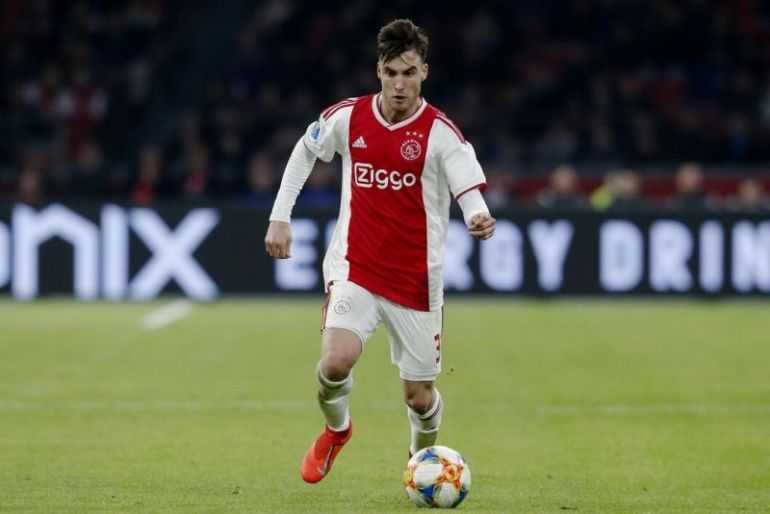 Tagliafico has continued to impress for the Dutch giants after playing a major role in the side that completed the domestic double and defied odds to reach the Champions League semi-finals.

Tagliafico has scored five goals and chipped in with seven assists in 38 appearances across all competitions this season.

There’s no doubt that the South American is one of the top left-backs in European football right now, but which London outfit would be a better fit for him?

As I mentioned earlier, left-back is a bit of a problem area for the Blues, attack-minded Tagliafico would be an ideal fit for a side that also occasionally operate with a formation that uses wing-backs rather than wingers.

Arsenal on the other hand could do with a left-back due to the inconsistent form of Sead Kolasinac and the injury struggles of Kieran Tierney.

The Gunners however should see a left-back as a lower priority as any signing would ultimately hinder first-team chances and crucial development for Tierney and even makeshift full-back Bukayo Saka.