A lot of the recent transfer speculation had been written in a way which suggested the season was over, and almost assumed that players would just be able to move soon.

Of course play is starting up again in various countries, and it means that lots of meaningful football still needs to be played.

As a result, we are starting to see the familiar media training come in to play as potential targets insist they are just focused on playing games for now.

The Daily Mail reported that Schalke winger Rabbi Matondo had emerged as a possible alternative for Man United this summer, with the former Man City man named as a back up plan if they couldn’t sign Jadon Sancho.

The Welsh forward is less polished that Sancho but he would probably be cheaper and his pace would be an intriguing option, but he’s done his best to shut down the rumours for now: 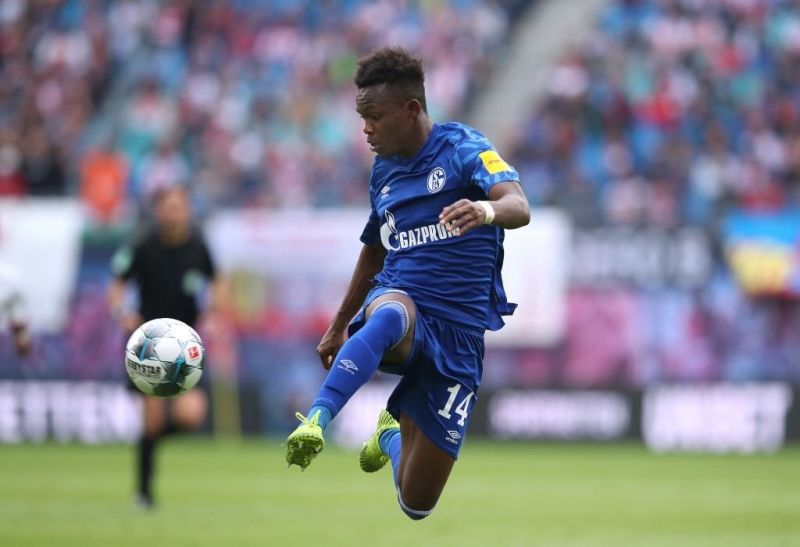 Rabbi Matondo in action for Schalke

If you support Schalke then that’s exactly what you want your player to say, but it doesn’t really give any indication over what he would do if he had the chance to move.

It’s also suggested that Man City have the option to buy Matondo back so that could complicate things as well, so it will be interesting to see what happens with him this Summer.