Loads of Manchester United fans are amused by a tweet from Arsenal flop Henrikh Mkhitaryan as he remembered winning the Europa League on this day three years ago.

Mkhitaryan scored for the Red Devils in their final victory over Ajax, helping Jose Mourinho’s side win their third trophy of the 2016/17 season.

Still, things never really worked out for the Armenia international at Old Trafford, and he ended up joining rivals Arsenal midway through the next campaign.

Things have gone even worse for Mkhitaryan during his time at the Emirates Stadium, and he now finds himself out on loan at Roma and perhaps unlikely to ever return to Arsenal.

For United fans, though, Mkhitaryan’s role in that Europa League win means he remains something of a cult hero, and he’s sparked quite a reaction by calling his old club ‘we’ in his tweet today.

See below for the tweet in question, and for reaction from a number of MUFC supporters… 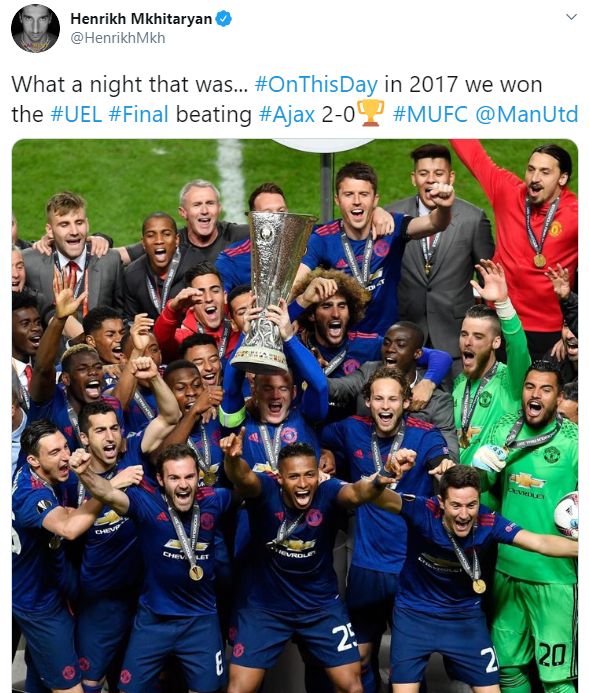 Your club’s player still refers to us as ‘we’ ? https://t.co/Cww8sYGZw6

Once a red always a red ?

Video: ‘You cannot possibly turn it down’ – Ralf Rangnick on why he took the Manchester United job
Photo: Cristiano Ronaldo’s classy Carrick tribute as he welcomes Rangnick to the wheel at Man United
Photo: Disabled Man United fan at first-ever game taken to hospital after being hit by coin thrown from Arsenal supporters

Yo always a Red bro