According to Stretty News via Italian outlet Tuttosport, Wolves star Raul Jimenez is valued at €60m (£57m) and Tuttosport claim that the striker will ‘almost certainly leave’ the Midlands outfit in the next transfer window.

The Mirror claim that Man United, Arsenal and Real Madrid are all monitoring the Mexican star. The Red Devils are the side that have been linked with the all-around forward the most recently.

Tuttosport claim that Juventus see the 29-year-old as one of their striker targets, but the club are unable to meet Wolves’ €60m valuation in pure cash.

Tuttosport also suggest that Nuno Espirito Santo’s side have no intention of standing in Jimenez’s way if a big club make a move for the striker. 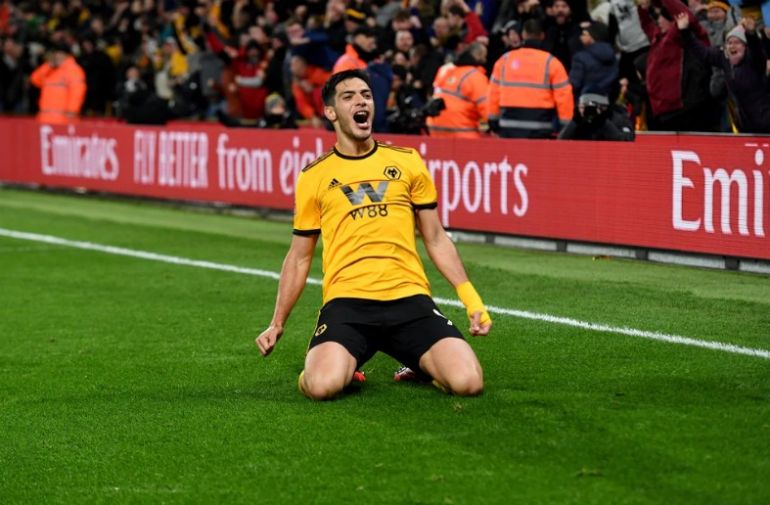 Jimenez has been sensational since joining Wolves, the ace was signed permanently for £30m last year after a successful loan spell, as per BBC Sport.

The ace, who turned 29 earlier this month, has bagged 26 goals and registered 13 assists in 67 Premier League appearances to date, this is a superb return and United should regard him as a top option.

Jimenez’s ability to turn provider for his attacking partners would certainly benefit a side whose focal points remain Anthony Martial and Marcus Rashford.

As well as scoring 22 times in all competitions this season, Jimenez has provided 10 assists to his teammates – his selfless style has also allowed the likes of Adama Traore and Diogo Jota to flourish.

Wolves sit 6th in the Premier League and they’ve proven themselves as a worthy side for European football since coming back into the top-flight under Nuno, Jimenez has been at the forefront of this movement.