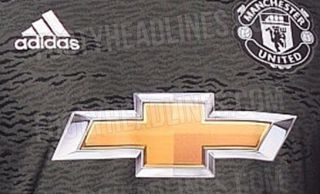 Manchester United’s 20-21 away kit has been leaked via the ever-reliable Footy Headlines.

As seen in the tweet below, United continue their sponsorship by Adidas and their away kit comes in the colour of ‘legacy green’ which looks more grey than green on the kit.

The kit also has club and brand logos in an off-white colour along with customary Adidas stripes on the shoulders.

There is also a subtle pattern printed on the kit that runs throughout the shirt.

United’s 20-21 away kit is scheduled for a May 2020 launch and will be the first kit from the club’s 20-21 set to be released to the public, according to Footy Headlines.