Manchester United have been dealt a severe blow in their bid to extend striker Odion Ighalo’s loan deal, according to a report in the Daily Mail.

Ighalo only has a week left before his loan deal expires and his parent club Shanghai Shenhua have rejected United’s offer to extend the striker’s contract by three more months, according to the report

Shanghai Shenhua are expecting Ighalo to return to China for the start of the delayed Chinese Super League season.

However, United have just one week before the striker’s loan deal expires and unless the Red Devils make a breakthrough in talks, Ighalo will return to China.

The 30-year-old Ighalo resumed training with the United squad at Carrington last week and wants to finish the remainder of the season with United, but Shanghai are determined to get the forward back, according to the report. 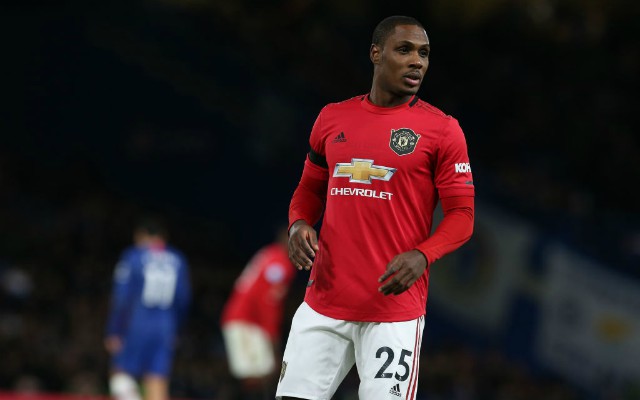 West Ham star would incur fans’ wrath ‘even if they got £100-150 million for him’, claims Barry Fry

The forward has been in fine form for the Red Devils since his move, scoring four goals in eight games for the Old Trafford outfit and United want to keep him till the end of the current season in August, but Shanghai are reportedly not willing to allow that.

However, the club are willing to sell Ighalo for a fee in excess of £20m, according to the report, but a possible permanent move hasn’t been discussed.