In a series of tweets, Woodhouse took apart Giggs over some of his stats from his Man Utd career, during which, let’s not forget, he played over 900 games, scored 168 goals, and won 13 Premier League titles, two Champions League trophies and numerous other major honours.

Still, Woodhouse believes the Welshman’s numbers were never particularly impressive, and suggested it’s his longevity that means he’s talked about as one of the greats, rather than because of his actual footballing ability. 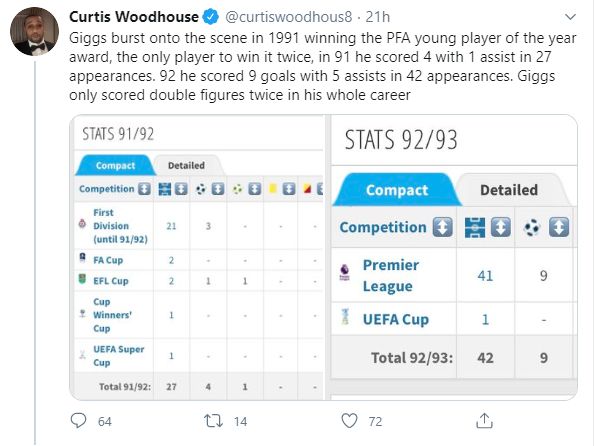 While Woodhouse perhaps has a point about Giggs’ stats for goals and assists in comparison to some of the other big-name attacking players we’ve seen in the Premier League, stats rarely tell the whole story about a player.

In the final few years of his career, Giggs changed to a less attacking role anyway, and it’s hard to believe he wasn’t doing something right if arguably the greatest manager ever kept him in his team for that long. 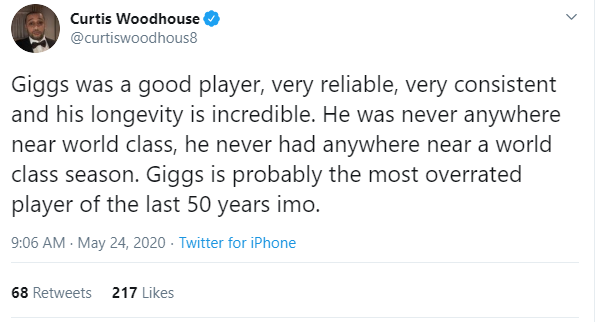