I find myself slightly surprised to be saying this, but thank you Curtis Woodhouse for getting a debate going about one of the most misunderstood and mythologised footballers in living memory.

It’s almost sacrilegious to question certain footballers, and Ryan Giggs is one of them. How can you argue, Manchester United fans will say, with 13 Premier League titles and a constant key role in one of the greatest club sides ever assembled, by one of the greatest managers to ever grace the game?

But this just hammers home that the way we talk about greatness in football is so flawed. Why is it that time and time again we rate individual footballers on their achievements in a team game?

Winning is important in football, of course, and Giggs has won more than most could ever dream of, but if we’re going to use that as a metric, then how great was Nicky Butt, who won twice as many Premier League titles as Steven Gerrard and Frank Lampard put together?

As Woodhouse pointed out in his series of tweets last night, Giggs was a solid and steady performer who showed great longevity at Man Utd, but beyond that his stats are almost more comparable to a left-back than an attacking midfielder. The Welshman averaged about seven goals a season over the course of his career in one of the most attacking and adventurous sides ever seen in this country, not once hitting double figures in his final 11 years at the club. Cristiano Ronaldo came just 50 goals short of Giggs’ tally for the Red Devils despite playing almost 700 games less at Old Trafford.

And no, it’s not just about stats, which rarely tell the whole story, but cast your minds back over Giggs’ long and glorious career and ask yourself how many truly great goals he scored. There’s that solo stunner against Arsenal in the FA Cup semi-final, and that’s about it. You have to wonder how differently we might view Giggs if not for that strike. Even someone like Nani, whose peak was much shorter, was probably better to watch for a short time than Giggs ever was. 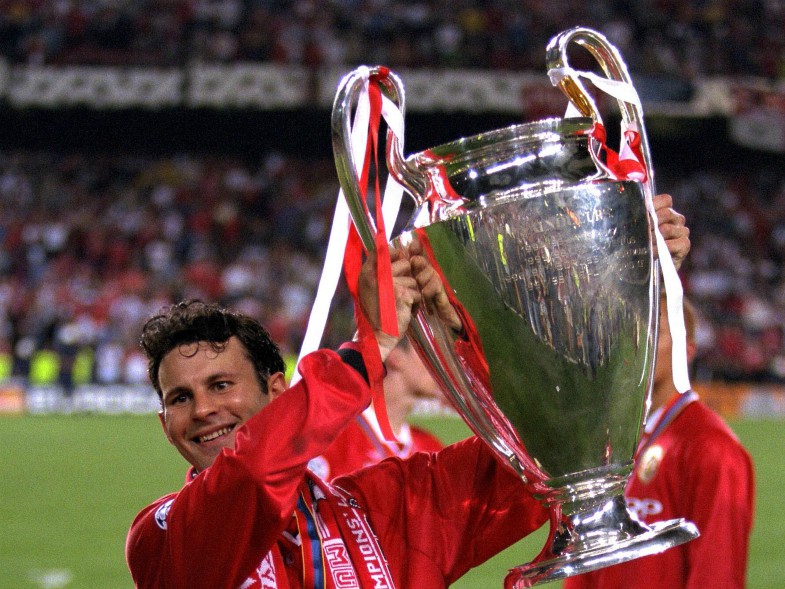 But there’s no reason United fans should spend their time getting angry about this – after all, it’s the club they support, not any individual player. It’s natural to feel defensive about someone who served your club so well, but there’s plenty to admire about accepting that someone with those relative limitations forged such a great career for himself.

Looking back, many of the star names that won trophy after trophy for Sir Alex Ferguson’s dominant sides were probably not even the best in the Premier League, let alone the world, at the time. The beauty of what Fergie achieved at United is that his teams were always more than the sum of their parts – the Scot instilled a determination and winning mentality into a group of players who surely would not have achieved as much otherwise, save of course for those genuine greats who obviously would have, the Ronaldos and Rooneys of this world. 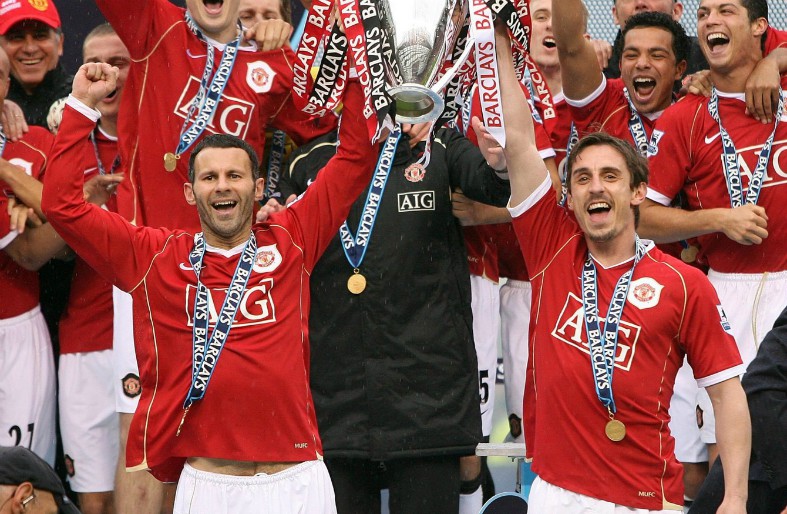 There’s no need to be angry, United fans – it’s quite clear that Giggs should not really be spoken about, at least in terms of footballing ability, in the same bracket as some of the legends he’s so often compared to, but that’s the beauty of what your club achieved. As an Arsenal fan, I watched teams containing world class talents like Thierry Henry and Cesc Fabregas repeatedly under-achieve, largely at the expense of the winning machine that was your club under Fergie; I know how much worse off we were once the likes of Ray Parlour and Martin Keown were gone, but I don’t think any of us hype them up in quite the same way that many so often do with Giggs.

Football is more than trophies, teams are more than groups of players. We’ll never now if United would have won as much without Giggs, or if he would have won as much without them. At the end of the day it doesn’t really matter, but let’s acknowledge that being a club legend and a great footballer can both be wonderful but entirely separate things.