According to the Star via Spanish publication AS, Manchester United met with Thomas Lemar’s agent at Old Trafford before the coronavirus pandemic led to the suspension of European football.

AS claim that a move to Manchester was discussed for the Frenchman, who has massively struggled since joining La Liga giants Atletico Madrid in the summer of 2018.

ESPN initially reported on United’s interest in the winger almost exactly two months ago, their report adds that Diego Simeone’s side parted with a staggering €70m to sign Lemar.

With a second source now suggesting that the Red Devils have held talks with the ace’s agent, it seems like Lemar may be a credible transfer target for United.

Lemar did help France win the World Cup before sealing his move to the Spanish capital, but things haven’t exactly gone to plan since his marquee switch.

The Star add that United’s rivals Arsenal are also keen on securing the 24-year-old’s signature.

See More: Opinion: Manchester United have led from the front during the crisis 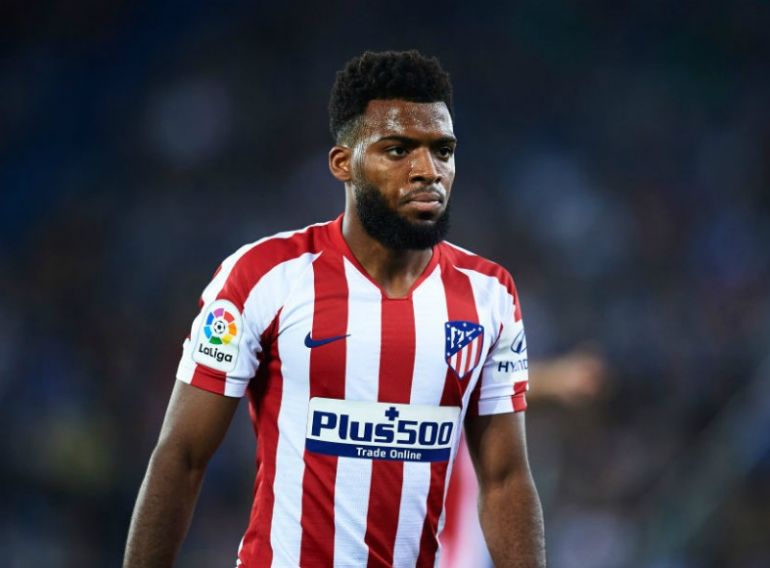 In 67 appearances for Atletico, Lemar has only managed to score three goals and provide six assists, with the ace’s form leaving plenty to desire – Simeone now uses the star in a much lesser role.

Lemar has only started 13 of his 24 appearances for Atletico across all competitions this season, the ace has failed to provide a single goal contribution in these outings.

As per the Star, AS report that Simeone isn’t prepared to give up on the former Monaco star just yet though, however the club may need to cut their losses with the star if they fail to secure Champions League qualification this season in a bid to recoup financial stability.

Whilst Lemar’s time in Spain has been underwhelming, with the ace just 24 years old, there’s plenty of time for him to live up to his potential and United could be the ideal club to help the ace on that path.

Ole Gunnar Solskjaer’s side should be targeting the signing of a winger this summer as they’re short-staffed in this area, something which is now a bigger issue as Marcus Rashford and Anthony Martial are now used in centre-forward roles rather than out wide.