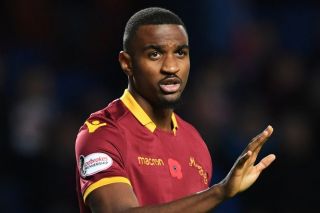 It’s always tragic news when anyone dies at a young age, but it’s also a surprise when it happens to a footballer who is in the prime of their career.

Christian Mbulu may be familiar to plenty of fans in the UK after playing for a few different clubs in recent years, but he was playing for Morecambe before the shutdown happened.

Everyone at Morecambe FC is deeply saddened to learn of Christian Mbulu’s death and would like to extend our deepest sympathies to his family and friends at this very sad time.

The details are fairly unknown at this time. The Mirror also reported on the story and indicated that he was found in his home, but there was no indication of anything suspicious.

He’s also played for Millwall, Motherwell and Crewe, so fans all around the country will be shocked and saddened by the news.

It goes without saying that we wish his family all the best at this awful time, and it’s clear from the tributes appearing online that he was well like and loved by those close to him.