Manchester United will seemingly still be busy in this summer’s transfer window, with a long list of targets reportedly lined up despite the potentially huge economic impact of the coronavirus pandemic.

No club will be immune from the significant loss that will come from the lack of matchday revenue, but it seems Man Utd are still planning what looks like some big spending ahead of next season.

According to the Manchester Evening News, the Red Devils still remain keen on signing Jadon Sancho, Jack Grealish and Jude Bellingham, but there’s an interesting line on their interest in James Maddison.

The report suggests United are not optimistic about signing Maddison as they expect him to sign a new contract with Leicester City, but this is a saga that has dragged on without any development for some time.

As far back as the 3rd of February, Maddison was supposedly close to agreeing a contract renewal at the King Power Stadium, according to the Telegraph, while later that month, Foxes manager Brendan Rodgers was quoted by BBC Sport as being hopeful of a new deal.

And yet, here we are, in the final week of May, and the England international still hasn’t signed, which seems a bit strange. 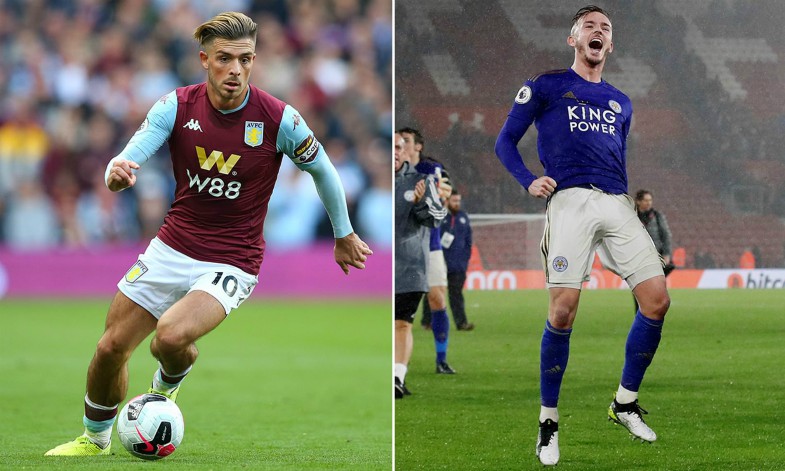 Jack Grealish and James Maddison have been linked with Manchester United

It may well be that United simply prefer the signing of Grealish, but it might also be that he’s the far more realistic target for reasons which MUFC might not be too keen to admit to.

A quick look at the Premier League table (remember that?) shows that United are eight points behind Leicester at the moment, still sitting outside the Champions League places.

It may still be that Ole Gunnar Solskjaer’s side can catch Chelsea in the race for fourth, but Leicester should have a place in Europe’s top club competition more or less sewn up, unless they make a spectacular mess of things if the season gets going again next month.

Put simply, there’s little reason for a player like Maddison to push to leave Leicester for Man Utd right now, and that’s a pretty humiliating position for the Premier League giants to be in. It would therefore be unsurprising if they were keen to brief that they simply view Maddison as unavailable due to an imminent new contract agreement, whereas the truth may be that he’s simply not that interested in a possible move to Old Trafford. Other top clubs will surely show an interest in the 23-year-old soon as well, and he could justifiably be biding his time to wait for an offer from someone like Liverpool, Manchester City, or indeed one of Europe’s giants.

Grealish, by contrast, is at relegation-threatened Aston Villa, and would surely see United as more of a step up, but it could be a big worry for the Red Devils if the Maddison saga is actually a sign of them losing their pulling power. With so much going wrong in the post-Ferguson era, that’s the one thing the club have managed to hold on to, and it’s kept them competitive in the transfer market. Once that goes, what’s left?