In an all-action encounter between rivals Borussia Dortmund and Bayern Munich on Tuesday, it was the visitors who found a breakthrough via a superb goal from Joshua Kimmich.

Both sides had efforts cleared off the line in the opening stages of the encounter, while they threatened regularly to find a breakthrough in a high-quality clash despite the lack of atmosphere due to it being played behind closed doors.

With this showdown potentially being decisive in the Bundesliga title race with Bayern boasting a four-point lead ahead of kick-off, it was vital for Dortmund to strike first and put the pressure on their rivals.

However, it was Bayern who found the breakthrough and they did so in some style as seen in the video below.

Kimmich picked the ball up on the edge of the box and proceeded to produce a delightful chip over Dortmund goalkeeper Roman Burki who couldn’t keep it out despite getting fingertips to it.

It was a superb finish from the German international as he got his execution spot on and it may well take a moment of magic like that to split these two sides. 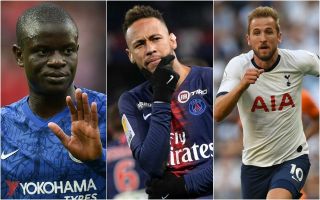 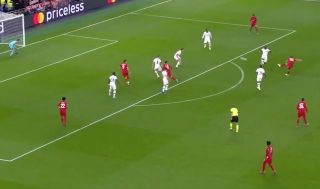