Chelsea could reportedly beat Barcelona to the transfer of Juventus midfielder Miralem Pjanic in a swap deal involving Jorginho.

According to Don Balon, the Blues could be willing to allow Jorginho a move to link up with his old manager Maurizio Sarri, but they’d want to land Pjanic from Juve as part of the deal.

Don Balon add that this could be a blow for Barcelona, who have also been targeting the Bosnia international as part of their bid to strengthen in midfield.

The 30-year-old has had a great career in Serie A, looking a top talent in spells with both Roma and current club Juventus, and it would be great to see him in the Premier League.

Pjanic could be an ideal like-for-like Jorginho replacement for Chelsea, with his fine vision and intelligent play in the middle of the park. 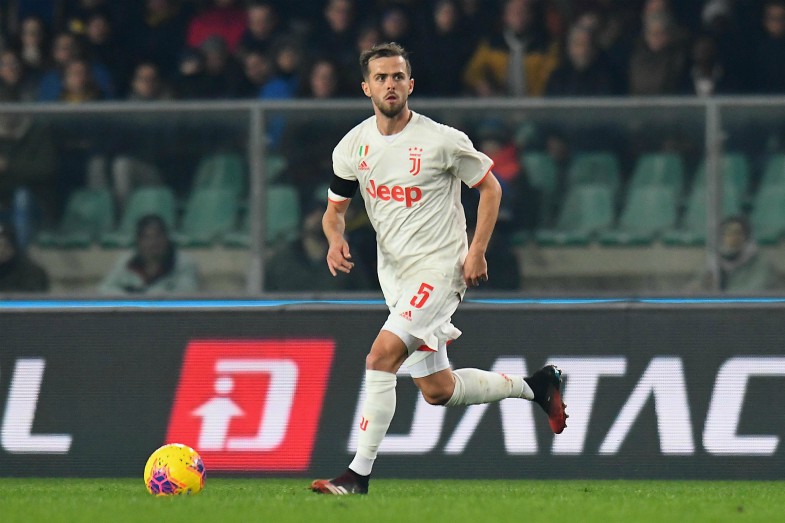 Miralem Pjanic could be set for a transfer to Chelsea

Still, CFC fans will hope this doesn’t block the progress of wonderkid Billy Gilmour, who also looks a top prospect in that area of the pitch.

Frank Lampard has done well to bring through youth in his spell at Stamford Bridge and Pjanic might not be the best fit for that philosophy.