According to the Mirror, former Liverpool star Emile Heskey has hinted to GentingBet that Leicester stalwart Caglar Soyuncu would be a fine option to bolster Jurgen Klopp’s defensive ranks.

The Mirror claim that Heskey was asked to give his thoughts on some defenders that he believes would boost Liverpool’s backline, the former England international landed on Soyuncu and Diego Llorente.

With Matip struggling with injuries this season, Lovren looking inconsistent and Gomez – despite performing well is still only 23 years old – the Reds could do with another option in this area.

Heskey hails Soyuncu, claiming that the ace would ‘fit in well’ at ‘any club’, the former striker did cast some doubt over how realistic a move for the defender could be as he believes Leicester ‘don’t need to sell’. 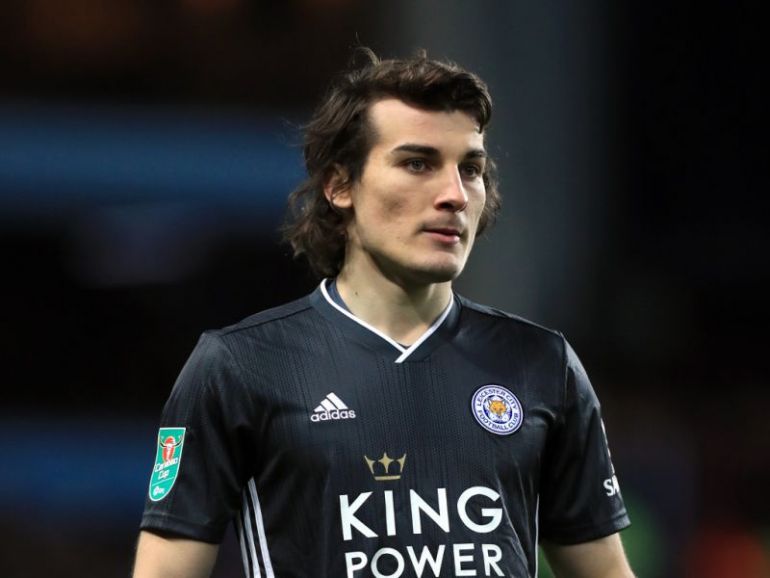 Soyuncu has been rock solid for Leicester this season.

Here’s what Heskey had to say on the Turkish star:

“Soyuncu would fit in well at any club,”

“He’s taken the role of centre back at Leicester, which was a very important role, following the footsteps of Wes Morgan and Jonny Evans, and no one knew what to expect of him.”

“But he’s taken it by the scruff of the neck and he’s really improved and given something extra as well as he’s good on the ball.”

“I don’t see him going anywhere, even Liverpool, as Leicester don’t need to sell unless they want to and they don’t have a ready-made player to fall into his spot.”

“However, if Leicester did want to sell, Soyuncu could go to any of the top clubs.”

Heskey’s backing of Soyuncu to succeed for a top club like Liverpool comes just a couple of weeks after the star’s agent told the Mirror that the Reds are the only Premier League team that have the ‘power’ to sign the 24-year-old.

The Turkish international’s agent sparked links of a move to Liverpool with those comments and now Heskey has even given his opinion on the star.

The Mirror add that Soyuncu’s contract expires in 2023, with the Foxes opening new contract talks with the Turkey international earlier this year.

Soyuncu made just six Premier League appearances in his debut season with the Foxes after joining from Freiburg but has really proved his worth this term, he’s filled in the void left by Harry Maguire expertly – some would say the aggressive no-nonsense star is better than his predecessor.

Soyuncu has made 28 top-flight appearances this season for Brendan Rodgers’ side and he’s been key to the East Midland outfit defying the odds to find themselves third in the league.

With the Foxes primed to be playing Champions League football next season, Soyuncu’s stardom could reach a new level in the next year – perhaps Liverpool should act fast for the ace.

Soyuncu would add healthy competition to Gomez to be Van Dijk’s centre-back partner, the duo are also of the ages (24 and 23 respectively) where they can learn from the best defender in the world and perhaps even go on to form a formidable long-term partnership of their own after the Dutchman hangs up his boots.