Paris Saint-Germain star Thomas Meunier is reportedly set to leave on a free transfer in this summer’s transfer window.

According to Le 10 Sport, Meunier hasn’t been offered a contract extension by PSG sports director Leonardo and will be a free agent this summer.

Le 10 Sport claim that Liverpool manager Jurgen Klopp is interested in signing the Belgium international to provide competition to his existing full-backs Trent Alexander-Arnold and Andy Robertson, while Borussia Dortmund are also keen on signing the player.

Elsewhere, there is also news of Serie A outfit Napoli being interested in signing Meunier, according to the Le 10 Sport report.

According to the report, Liverpool have contacted the player regarding a switch but a move is yet to materialise as things stand. 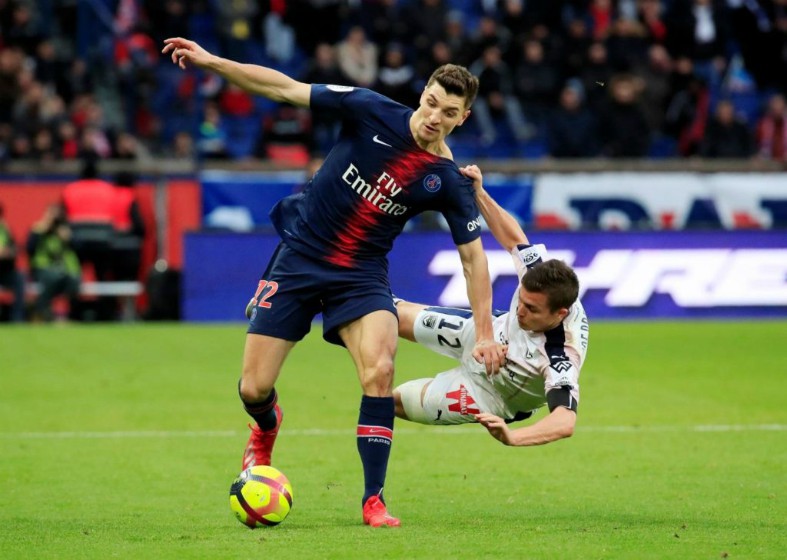 Thomas Meunier has been approached by Liverpool

Meunier could prove to be excellent cover at wing-back for the Reds but would end up spending more time on the bench given Jurgen Klopp’s preferred options in his full-back positions.

However, a move for the Meunier to Borussia Dortmund or Napoli would perhaps be more likely to ensure that the Belgian would be a regular starter for either club.

At this stage, Meunier has his options open and will have to choose his next club carefully, while it remains to be seen as to where the Belgian international ends up after the summer transfer window.