Manchester United are reportedly ready to rival Liverpool for the transfer of RB Leipzig striker Timo Werner in what could be a shock twist to this transfer saga.

The Germany international has had a superb season in the Bundesliga, with some impressive displays in the Champions League too, showing that he is surely ready to make the step up to a bigger club.

According to ESPN, Man Utd are now showing an interest in Werner, despite them feeling that the 24-year-old is looking most likely to end up at Anfield next.

Still, the Red Devils might have some cause for optimism as another report from the Daily Mirror has suggested Liverpool have pulled out of talks for Werner.

That report states LFC will not pay his £50million release clause, so if United can come up with a good offer they’re surely in with a chance. 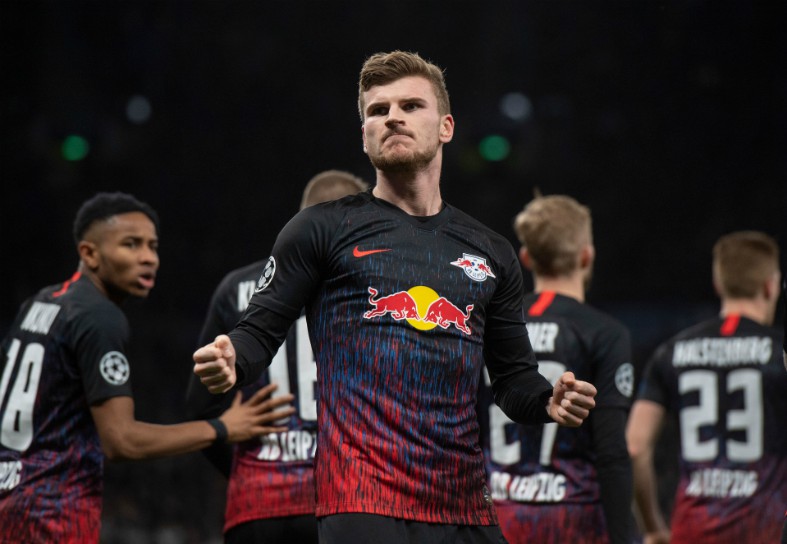 Timo Werner is being linked with Liverpool and Manchester United

In fairness, Liverpool probably don’t need to pay big for a new signing up front as much as MUFC do right now, as Jurgen Klopp already has the superb Mohamed Salah, Sadio Mane and Roberto Firmino to choose from up front.

United, meanwhile, had to sign Odion Ighalo on loan in January as cover for Marcus Rashford, who was perhaps over-used before suffering an injury.

Werner could be a fine addition to Ole Gunnar Solskjaer’s side as they bid to get back to being genuine title challengers again.