Liverpool boss Jurgen Klopp has hinted to beIN Sports that he doesn’t care whether the Reds win their first league title in 30 years at Anfield or not in the grand scheme of things.

The Merseyside outfit have been exceptional this season, they boast a massive 25-point lead at the top of the table and are six points away from mathematically securing their first ever Premier League title.

The Reds would only actually need one win if second-placed Manchester City lose to Arsenal in what will be one of the first top-flight games back, which is scheduled to take place on June 17.

The Guardian report that Liverpool may be forced to play at neutral venues after plans outlined by Mark Roberts, the national lead for football policing.

The Guardian suggest that some matches in which the Reds could seal the title have been deemed ‘high-risk’ and therefore the prospect of playing them at Anfield is being considered a health concern.

Klopp told Richard Keys and Andy Gray that securing the title will still be an ‘absolutely exceptional’ day in his life, regardless of where the Reds will be playing.

The former Borussia Dortmund boss added that the club hope this monumental achievement can take place at Anfield, however ‘it’s not important’ in the grand scheme of things.

The use of neutral venues appears to be largely due to the risk that large numbers of fans could gather outside stadiums to celebrate such achievements.

Surely Liverpool supporters would never take such a risk whilst we are in the middle of the Coronavirus pandemic, especially if the club were to urge them against this, why would any fans want to ruin one of the greatest moments in years for the club? 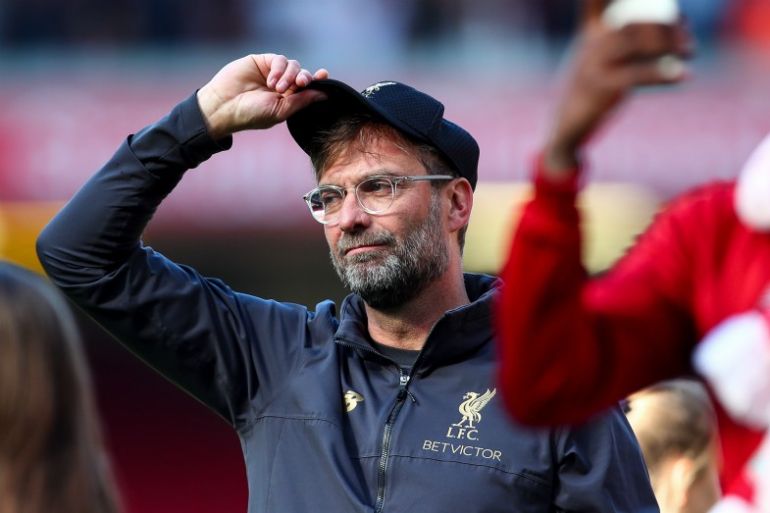 Klopp has worked wonders with Liverpool over the past two seasons.

Here’s what Klopp had to say on possibly being unable to win the league at Anfield:

“In the moment for me whenever it will be, in an empty stadium blah, blah blah, with all the thoughts and prayers and love from the people all around the world it will still be an absolutely exceptional day in my life.”

“Wherever it will be I don’t know, we hope it will be at Anfield but we don’t know and that’s not important.”

Klopp added that he believes games can still go ahead safely at Anfield:

“I heard that there is some talk, I’m pretty sure that we can solve the situation here as well in Liverpool.”

The German also reiterated that fans should stay at home:

Klopp also gave his thoughts on the ‘silly null and void stuff’, he clearly wanted to ensure that his side are crowned as champions on the pitch, rather than other means were the season to be cancelled:

“We waited a while for this situation and it’s not done yet. If we had not stopped the league, or it would not have happened, the silly null and void stuff.”

“We wanted to play anyway and now we are really desperate to play because we want to become champions on the pitch that looks like that we can do that.”

The 52-year-old also ensured that any celebrations can take place when it is safe to do so and in the ‘right manner’:

“Then there will be a moment in our life when we have time and the opportunity and it’s allowed to celebrate together then we will have a moment, and we will celebrate it in the right manner.”

“Whenever that will be, then we decide how much we enjoy it then.”

Klopp reiterated that winning the title will still feel ‘pretty good’ even if it’s in an empty stadium:

“It will not be perfect but we knew for a while it would not be perfect so we are used to that. We want to have It and then we will see how it feels, I am pretty sure it will feel pretty good.”

The Reds boss also highlighted the importance of the squad maintaining social distancing when they inevitably celebrate their triumph:

“So who cares, that’s really not so important we just want to be together in that moment and we will see how much close contact is allowed until then and we will use each inch of that for sure, only if it’s allowed.”

All of Klopp’s comments on the matter are pretty spot on, since the pandemic first became a threat in this part of the world he’s maintained the same stance on the matter.

The general vibe from humble Klopp is that he wants to prove that this Liverpool side are worthy champions on the pitch and that whilst restrictions like neutral grounds and limited celebrations could hinder this moment, he doesn’t seem them as important in the grand scheme of things.