According to the Mirror, Arsenal star Lucas Torreira has opened up on his desire t play for Boca Juniors in the future to Fox Sports Argentina.

Torreira admitted that his ‘desire’ is to play for the South American giants after he plays in Europe for a ‘while’, the defensive midfielder also opened up on his ‘love’ for Boca Juniors.

The 24-year-old’s comments hint that one of his prime career goals is to play for the outfit.

As per BBC Sport, the Emirates outfit signed Torreira from Sampdoria for a fee of £26m after the ace’s impressive displays in the 2018 World Cup.

Torreira’s debut season with the Gunners was superb but this time around he’s experience a slightly lesser role with the team after some injury troubles and dropping down the midfield pecking order.

The ace’s comments just a couple of weeks after his agent confirmed that Torreira wishes to return to Italy, as per the Mirror. 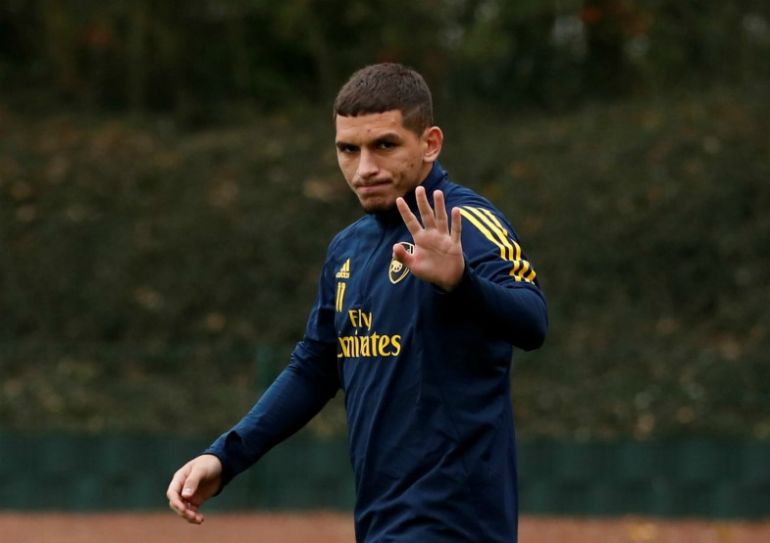 Here’s what the ace had to say on a move to the Argentina giants:

“I imagine a Copa Libertadores night at the Bombonera wearing Boca’s shirt, of course,”

“Right now my head is in Europe and I was to stay for a while, but I have that desire and dream to go [to Boca] – and not just to retire, but to compete and feel what the Boca world is.”

“It is one of the most important in South America, very passionate, so from a very young age this affection, this love for Boca was born.”

“I had to go to the Madrid final [where River Plate beat Boca in 2018] and when the game ended I thought I wasn’t going to be so mad but I was very sad, for the defeat and for how the game had been.”

“It was the time I got to see Boca as a fan. It is true that I have great affection for the club and hopefully it will be forever. In Fray Bentos, I have many friends who are fans of Boca.”

The Arsenal ace also admitted how he’d push international teammate Nahitan Nandez for Boca updates whilst his pal was playing for the South American outfit:

“I always follow the team, the Copa Libertadores and the championship. I asked Nahitan for his shirt and Carlos Tevez’s and asked him about Boca.”

“I like to be informed and know things about the Boca world. I used to drive Nahitan crazy.”

“He told me that it is divine and that at some point I will be given the chance to get to the club and that I will enjoy it because it something beautiful.”

Torreira has made 33 appearances across all competitions this season for the Gunners, but the defensive midfielder has only started in 21 of these outings.

Perhaps the Uruguay international will have a more important role in the side next season if he stays this summer, should the Gunners fail to seal a permanent move for Dani Ceballos.

With Torreira a relatively high-profile player in European football, there’s no doubt that he’d be treated like a King if he was to move to Boca Juniors later in his career.