According to Football Espana via Mundo Deportivo, Barcelona will demand a fee of €10m from any club wishing to take the out of favour star on loan.

The attacking midfielder is currently on loan at Bayern Munich, with Mundo Deportivo (MD) reporting that the ace is attracting the interest of Premier League clubs Chelsea, Newcastle and Arsenal.

MORE: Arsenal set to lose out as Barcelona enter the race for €50m target

According to Calciomercato as cited by the Daily Mirror, Juventus might also be interested in Coutinho as part of a potential swap deal.

ESPN reported a coupe of days ago that Manchester United have rejected the chance to sign the star.

MD add that Barcelona would ideally like to sell the 27-year-old for €80m, however they understand that in such a devalued market – due to the Coronavirus pandemic, this may not be possible.

It’s added that in the event that Coutinho leaves on loan once again they will ask for a €10m fee as well as the loan club to take on the Brazilian’s wages in full. 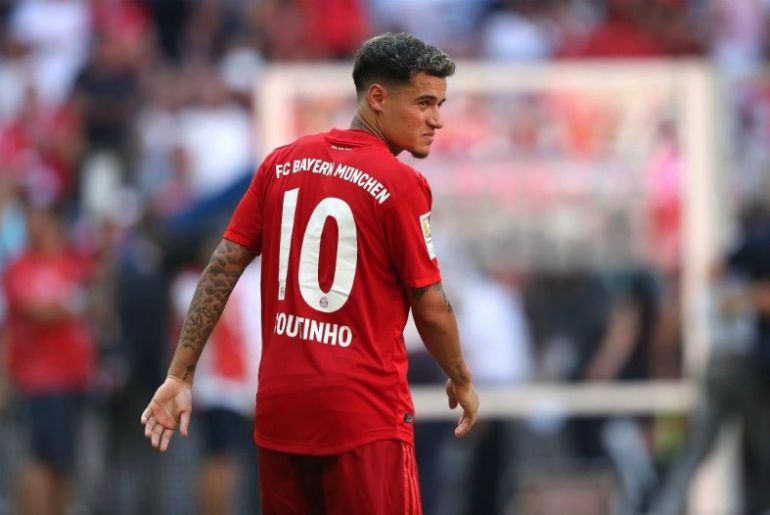 Barcelona’s demands may be quite unrealistic in the current climate, especially considering that The Athletic (subscription required) report that Coutinho earns a massive £225,000-a-week after tax.

This is an even bigger ask given that Coutinho’s time with Bayern has been fairly mixed he’s contributed 9 goals and 8 assists but has only started 22 of his 32 outings across all competitions.

Can Coutinho rediscover the form he showcased at Liverpool which ultimately led to this doomed marquee move?
More Stories Philippe Coutinho