Journalist Giovani Farioli has told MilanNews that a €15m price tag has been set for Arsenal and AC Milan target Bruno Fuchs.

According to Sempre Milan via TodoFichajes, Milan and Arsenal are joined with their interest in the defender by European giants Ajax, Monaco and Manchester City.

Farioli, who writes for Revista Colorada, told Milan News that Fuchs is a ‘very structured’ defender, adding that the ace is ‘different’ to other Brazilian defenders.

Farioli also making the point that Fuchs wasn’t fazed by the ‘weight’ of the Internacional shirt should appeal to any top clubs that are interested in the 21-year-old’s services.

Here’s what the journalist had to say on the promising defender:

“Here in Brazil Milan is said to be strongly interested in Bruno Fuchs, and would like to buy it to replace Mateo Musacchio, who in turn could go to another European club.”

“Bruno Fuchs is a very structured defender, good at aerial play, but he also knows how to set up. He can untangle himself with the ball and I would say that he is a different player than the other Brazilian defenders.”

“He arrived in the first team of the Internacional in 2019, after growing up in the youth team. He played ten games at Brasileirão (Brazilian top flight).”

“Then he caught the eye and was not affected by the weight of the shirt, so much so that this year with the arrival of the coach Eduardo Coudet he overtook the other defender Rodrigo Moledo, who was considered one of the best here in Brazil.”

“If he can leave? Yes, Internacional has to sell at least one player in the next transfer window. The club went into financial crisis due to the closure in football and the coronavirus.”

“The idea is to receive at least 15 million euros from Bruno Fuchs.” 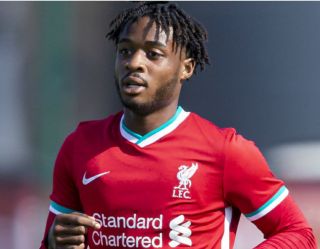 As well as Fuchs’ 10 top-flight appearances in Brazil last season, the ace has also appeared in 4 of Internacional’s Copa Libertadores matches this term.

In fact, the ace only missed two matches in South America’s exciting club competition due to the fact that he was on international duty with Brazil’s Olympic squad.

Fuchs has won six caps for Brazil’s Under-23s side in less than a year, there’s no doubt that the 21-year-old is seen as a highly-rated talent in his homeland.

Mikel Arteta should be on the lookout for reinforcements at centre-back in the next transfer window as the likes of David Luiz and Sokratis are approaching the end of their careers.

With William Saliba officially joining the north London outfit for next season, the Gunners appear to be moving towards fielding a younger backline, perhaps Arteta will partner the French sensational with another young talent like Fuchs. 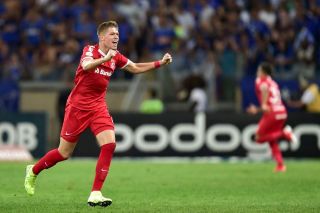