Arsenal legend Kevin Campbell has appeared to back the call for the entire club board to be sacked.

The former striker, who played over 200 games for the Gunners and formed part of their title-winning squad in 1989, has raised one or two eyebrows by retweeting this below… 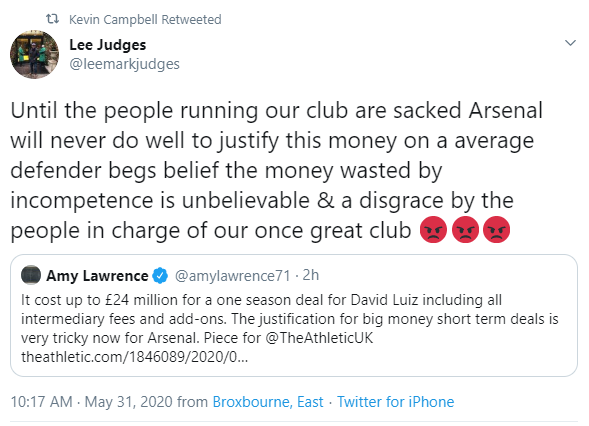 The tweet reads: “Until the people running our club are sacked Arsenal will never do well.

“To justify this money on a (sic) average defender begs belief the money wasted by incompetence is unbelievable and a disgrace by the people in charge of our once great club.”

David Luiz has not looked money well spent by Arsenal

This references revelations that Arsenal splashed out as much as £24million to sign David Luiz for just one season. 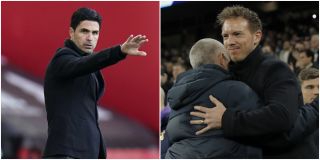