According to the Mirror, Liverpool legend John Barnes has told WION that superstars Mohamed Salah and Sadio Mane would leave the Reds in an instant if they were offered £1m-a-week wages.

The former England star added that modern day players are only attracted by the ‘salaries’ they are going to get and that anyone would join a team for £1m-a-week ‘regardless of their quality or standing’.

Barnes also touched on the departures of Liverpool greats Luis Suarez, Philippe Coutinho and Fernando Torres in recent years, hinting that Salah and Mane could follow in that path.

These comments have come out of the blue, neither current Reds star has ever hinted that finances play a major part in their career plans.

Even in this case, we’re sure that no one could anything against a star player for leaving if they have the chance to earn such monumental wages. 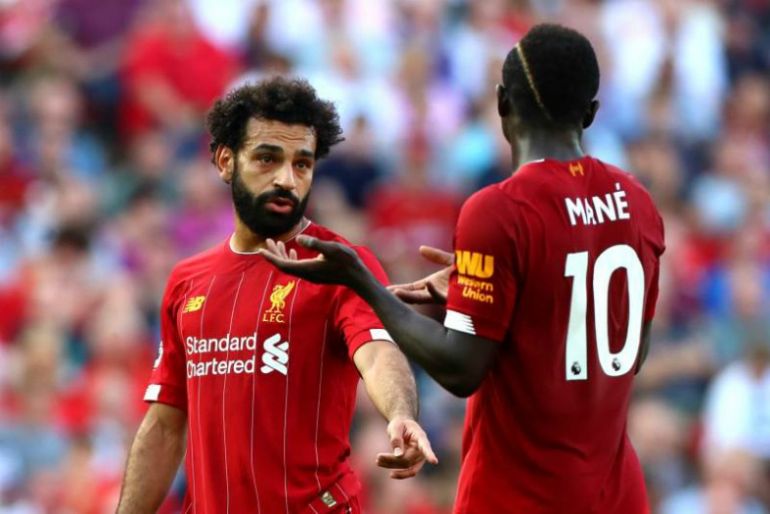 Do you ever think Salah or Mane would leave Liverpool for financial purposes?

Here’s what Barnes had to say on the possibility of Salah and Mane leaving:

“Every club is a selling club in modern football. A club like Barcelona was forced to sell Neymar.”

“What attracts footballers today is the salaries that they are going to get.”

“Whoever the player may be, whether it be Sadio Mane or Mo Salah, if anyone is offered a million pounds per week by any club, then they will join that team regardless of their quality or standing,”

“That is the reality of modern football.”

“We have had so many fantastic players leave the Liverpool – Fernando Torres, Luis Suarez, Philippe Coutinho.”

“It is great that Liverpool have a bit of muscle now because of the on-field success, but ultimately players come and players go.”

Barnes also gave some other thoughts on how he sees football:

“I always tell the fans to support the club and not the players.”

“A player must not be compelled to stay at a club against his own will, because that will make the player feel more powerful than the club and hence it will make him less accountable for his performances on the pitch.”

“The good thing is that I can guarantee that such a situation will not arise under Klopp because of the control he has over the players and the club.”

“Players know they cannot overstep their mark with him in charge.”

Barnes’ comments should definitely be taken with a pinch of salt, especially as Marca (via L’Equipe) reported earlier this year that Cristiano Ronaldo and Lionel Messi are the only players in world football that earn in the millions bracket per week.

We think that Liverpool fans have absolutely nothing to worry about regarding their top two forwards at this moment in time, in a market that is set to be hugely impacted by the Coronavirus pandemic – we highly doubt that any club could stump up the fees to sign either Red, as well as offering them £1m-a-week.