See below as one Man Utd fan account reacts to this bit of social media activity from Fernandes, which perhaps suggests he’s as keen as many of the club’s fans to keep an eye on Sancho at the moment… 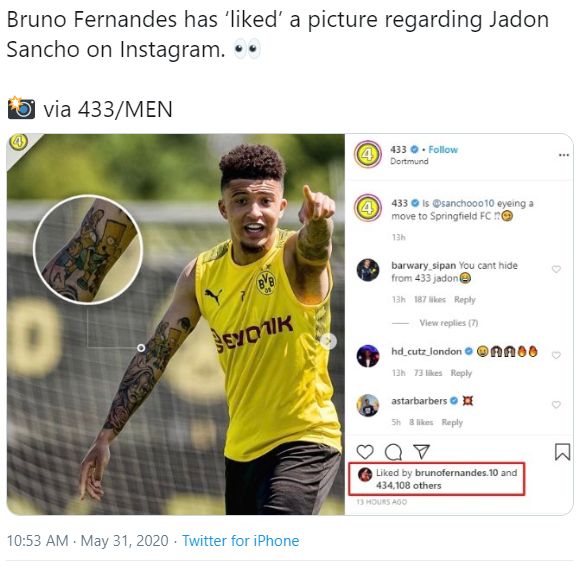 The England international has been repeatedly linked strongly as one of United’s top targets in recent times.

Latest reports suggest MUFC are confident of getting a deal done, and that Dortmund also expect the player to move to Old Trafford.

Fernandes will know what he’s doing by liking a post like this, with players in this day and age well aware of what kind of headlines their social media activity can spark.