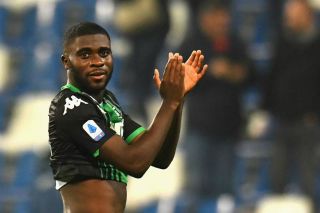 Although most teams will be unlikely to spend a lot of money this summer, you do wonder if Chelsea might be able to do some business.

They’ve been unable to spend while under a transfer ban for a couple of windows, and they sold Eden Hazard to Real Madrid for a fee of €100m according to The Guardian.

They also have a wealthy owner, so you have to think there will be some money to spend.

READ MORE: Jadon Sancho shows Man United why he could be worth the €100m fee with a fine hat trick for Dortmund

The humiliating Champions League loss to Bayern Munich shows just how far away the team is from competing at the elite level, so it will be interesting to see if they go for big names or younger players like Christian Pulisic that they can develop into stars.

One name that has been mentioned a few times is Jeremie Boga, with a report from Football Italia giving an update on his situation.

The winger used to play for Chelsea and the report confirms that they do have an option to buy him back from Sassuolo, but they state that Chelsea have no intention of using it.

The winger has really improved in the past season. He was always exciting on the ball and could dribble for fun, but now he’s starting to add an end product to his game which should make him an attractive prospect to a lot of teams.

The report confirms that plenty of teams are looking to sign him, but it seems that Chelsea won’t be one of them.