Liverpool youngster Harvey Elliott reportedly stunned Real Madrid with his response to being offered the chance to meet Sergio Ramos.

The 17-year-old is considered a real wonderkid at Anfield, and had a host of top clubs chasing him before he eventually ended up moving to Liverpool from Fulham last summer.

MORE: Liverpool looking at £40m World Cup winner after being priced out of Timo Werner transfer

The Athletic claim Real Madrid were one of the teams to target him, along with Manchester City, Chelsea, Arsenal and others, and the teenager was even shown around the Bernabeu as part of the Spanish giants’ attempted charm-offensive.

Elliott, however, is said to have stunned Real when he declined the chance to meet Ramos because of what he did to Reds star Mohamed Salah in the 2018 Champions League final, according to The Athletic.

Madrid captain Ramos notably went in hard on Salah early on, meaning the Egypt international had to leave the pitch injured for what was at the time the biggest game of his career. 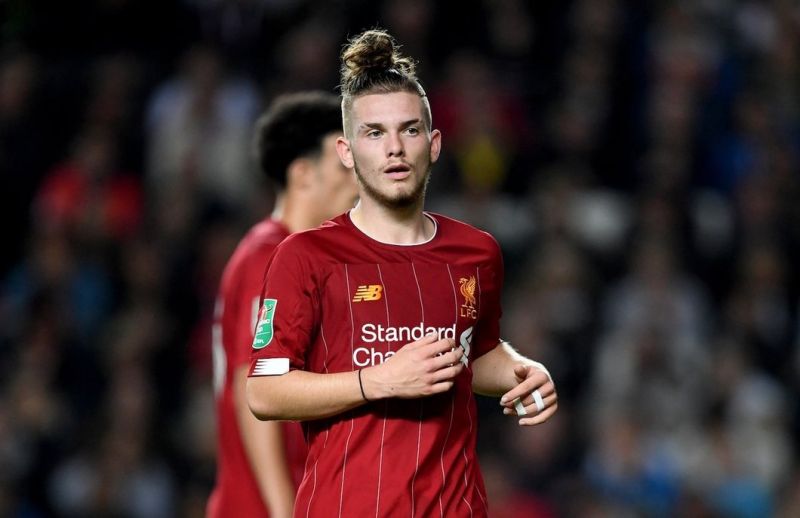 Harvey Elliott in action for Liverpool

Fortunately for Salah, he scored as Liverpool won the final against Tottenham the following year, but Elliott showed how much of a fan he is by brutally snubbing Real and Ramos in this way.

LFC fans will love this from their young midfielder, who has made seven first-team appearances this season and could soon earn more if he can fulfil his enormous potential.