It’s little coincidence that the Bundesliga is the only major league going just now and that every single in-form player is being linked with a move to the Premier League.

It’s an easy link to make and there’s not much else to go from, so Borussia Mönchengladbach pair Marcus Thuram and Alassane Plea are the latest to get some attention.

Thuram has been linked to Liverpool by The Express, while The Manchester Evening News suggested that Man United had opened talks to sign Plea.

They’ve been outstanding today against Union Berlin, and they’ve just combined for a second time to put the game beyond doubt:

Plea once again sets up Marcus Thuram to score ?? pic.twitter.com/Ff8kTnbiJT

It’s likely that positive performances will only increase the interest and the frequency of these rumours, but they look like they could be handy additions. 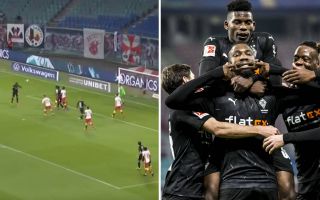 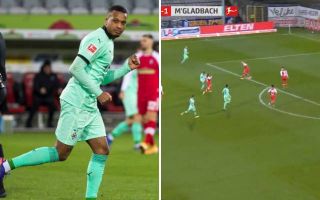