According to the Express via Spanish publication AS, Chelsea target Samuel Chukwueze could be available for half of his €100m (£90m) release clause this summer.

It’s reported that Frank Lampard’s side have targeted the Nigerian star as a potential alternative to superstar Jadon Sancho.

It’s added that the Blues are leading the race to sign the winger amid interest from Premier League rivals Arsenal, Liverpool and Manchester City.

AS also report that the 21-year-old, who Arsenal legend and now Villarreal star Santi Cazorla named as the quickest player he’s ever played with, is actually a boyhood supporter of Chelsea.

AS claim via ‘English information’ that Chukwueze could actually be available for half of his release clause for €50m (£45m), it’s not clear whether the value of the ace’s clause has actually been overestimated at €100m in the past or whether Villarreal are open to selling him for less. 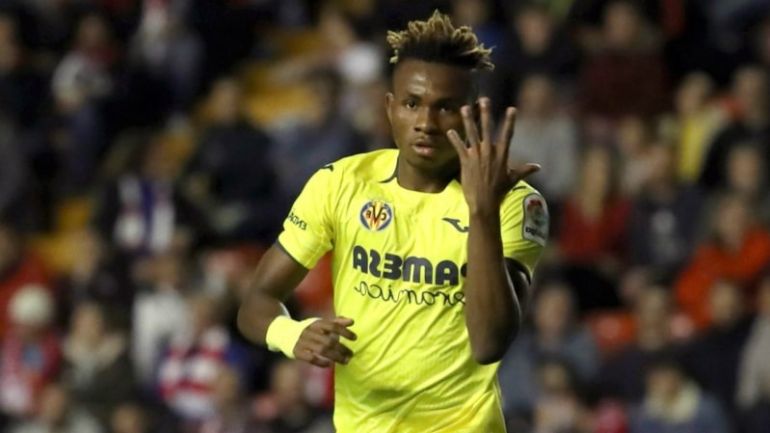 Chukwueze, who turned 21 just over a week ago, has emerged as one of La Liga’s most exciting talents over the last 18 months.

The ace, who has already won 12 caps for Nigeria, is primarily used as a right-winger, with Chukwueze’s strength being cutting on from this flank with his preferred left foot.

Chukwueze has scored three goals and chipped in with three assist in 26 La Liga outings this season, the ace can also feature on the left-wing if called upon.

With the Express adding that Borussia Dortmund are set to stand firm with their £120m price tag for Sancho, should the Blues instead pursue a move for Chukwueze?

Chelsea have already secured the signing of versatile attacking midfielder Hakim Ziyech for the summer and with veteran wingers Willian and Pedro set to leave when their contracts expire this summer, another addition in this area would be ideal.

The west London outfit need to bolster their attacking ranks overall in the next transfer window, more options on the wing will also ease the pressure on Tammy Abraham.