As the Premier League start to gear up for the final few weeks of an extended 2019/20 campaign, Liverpool have been handed a boost with some potential good news.

According to the Daily Mail, it’s understood that the Reds are likely to be able to celebrate their impending title win by lifting the trophy at Anfield.

Worries that far too many Liverpool supporters would surround the ground and local areas gave rise to a school of thought that would see the Reds not be able to celebrate their first top-flight title in 30 years at their own ground.

It might well end up being the strangest ever Premier League trophy lift in existence, given that there won’t be any supporters there in the stadium to see it, however, proper celebrations will surely be had once the timing is right post coronavirus pandemic.

Premier League officials are also, apparently, confident that only four of the remaining 92 matches may need to be played at neutral grounds.

Bill Bush, a top-flight official, wrote to all 20 clubs according to the Daily Mail, suggesting that the process is under constant review but with police forces advising that they believe they have the capabilities to disperse any problems at certain games, things are looking encouraging at this point. 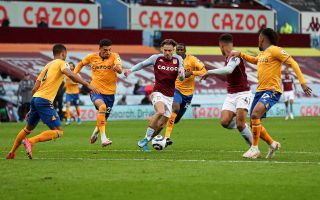 It’s also entirely possible, the Daily Mail note, that even less than four games might be affected, which is great news for teams who will surely want to travel as little as possible given the lack of time between each match.