Arsenal striker Alexandre Lacazette has urged Pierre-Emerick Aubameyang to sign a new contract with the club.

The Gunners face the daunting prospect of losing their top scorer this summer as he approaches the final year of his contract at the Emirates Stadium.

MORE: Boost for Arsenal with Real Madrid out of race to sign Gunners’ attacking target

Aubameyang has been offered a new deal by Arsenal, but recent speculation suggests he’s not looking close to agreeing to an extension.

Arsenal fans will hope the Gabon international can now be persuaded by this nudge from his team-mate Lacazette. 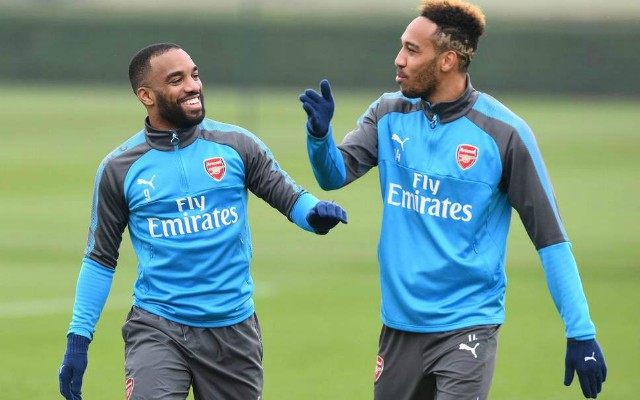 And Lacazette could be seen ‘liking’ the post as the Frenchman very much seems keen to join the chorus of voices calling for Aubameyang to stay.

The 29-year-old himself has also been linked with an exit this summer and it would be a huge blow for AFC to lose both strikers in one go.