After Juventus had enquired about the availability of Emerson Palmieri and were rebuffed by Chelsea, the Blues decided to hit straight back and ask the Italians for Alex Sandro.

According to Corriere dello Sport in their full digital version and via the paper edition as seen in the image below, and as cited by the Daily Express, Frank Lampard could be tempted to part with Emerson for the right price, but in so doing, that would only leave Marcos Alonso in the left-back position, with no guarantee that he too won’t look to move elsewhere in the close season. 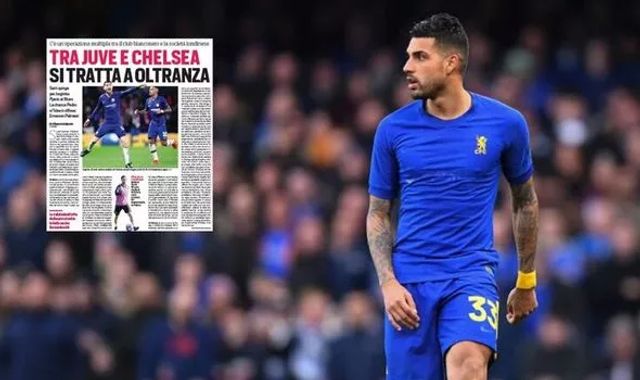 Ben Chilwell continues to be linked with the west Londoners, per the Daily Express, but he could be out of reach financially at £80m, and therefore a move for Sandro who’ll come in at between the €40m-€50m mark according to Corriere dello Sport via the Daily Express makes sense.

The left-hand-side of defence has become a problem area for Lampard in the 2019/20 campaign, and installing either Chilwell or Sandro there will at least give the manager the type of swashbuckling wing-back he requires.

If he can get his requirements there spot on, then Chelsea’s raiding from both wings are bound to cause their opponents problems.

At present, they’re far too one dimensional in the sense that most of their attacking play comes down the right, and clearly Lampard wants that corrected.