Manchester United are exploring the possibility of a transfer swoop for Porto winger Jesus Corona, it has emerged.

The Mexico international could be one of the transfer bargains of the summer as he’s recently been linked with a move to Chelsea for just £27million.

It has been claimed that the Blues are looking into signing Corona as a cheaper and more realistic alternative to Jadon Sancho, who is widely expected to move to Man Utd.

However, CaughtOffside understands the Red Devils are also keeping Corona in mind as a backup plan after being impressed by the 27-year-old’s recent performances.

United are likely to be one of the clubs that copes better than most with the financial impact of the coronavirus pandemic, but are keen to keep an eye out for possible bargains on the market.

And the club consider Corona as a strong option as a Plan B if they decide a deal for Sancho is not financially viable this summer, CaughtOffside has learned. 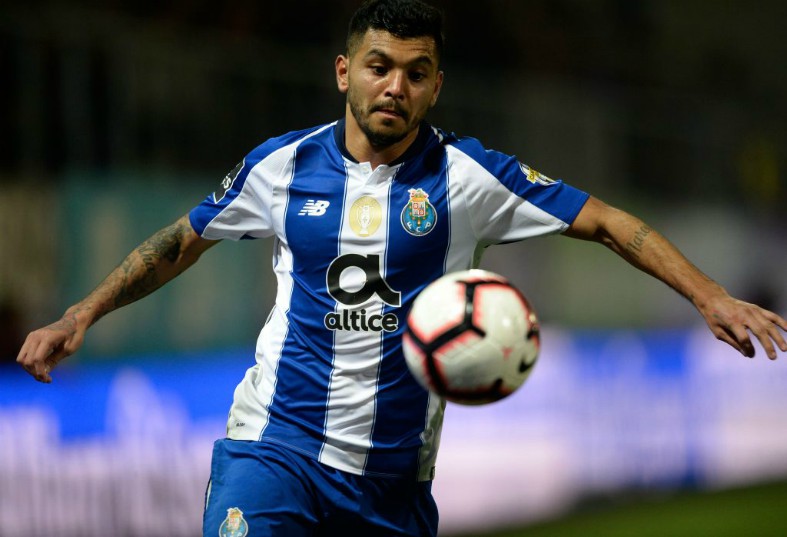 Jesus Corona is a target for Manchester United and Chelsea

It remains to be seen if the player himself would prefer a move to Stamford Bridge or Old Trafford, but neutrals would no doubt love to see this skilful and tricky attacker in the Premier League next season.

Both United and Chelsea urgently need to strengthen in attack after disappointing seasons in which they’ve both been some way off competing for the title.

Corona could be an upgrade on the likes of Jesse Lingard and Daniel James in Ole Gunnar Solskjaer’s side, while Frank Lampard could do with replacing ageing and out-of-contract duo Willian and Pedro.